The Faith & Belief Forum Champions are individuals who have made a commitment to support and promote the cause of good interfaith relations. Click the images to find out more about our Champions and their reasons for getting involved. 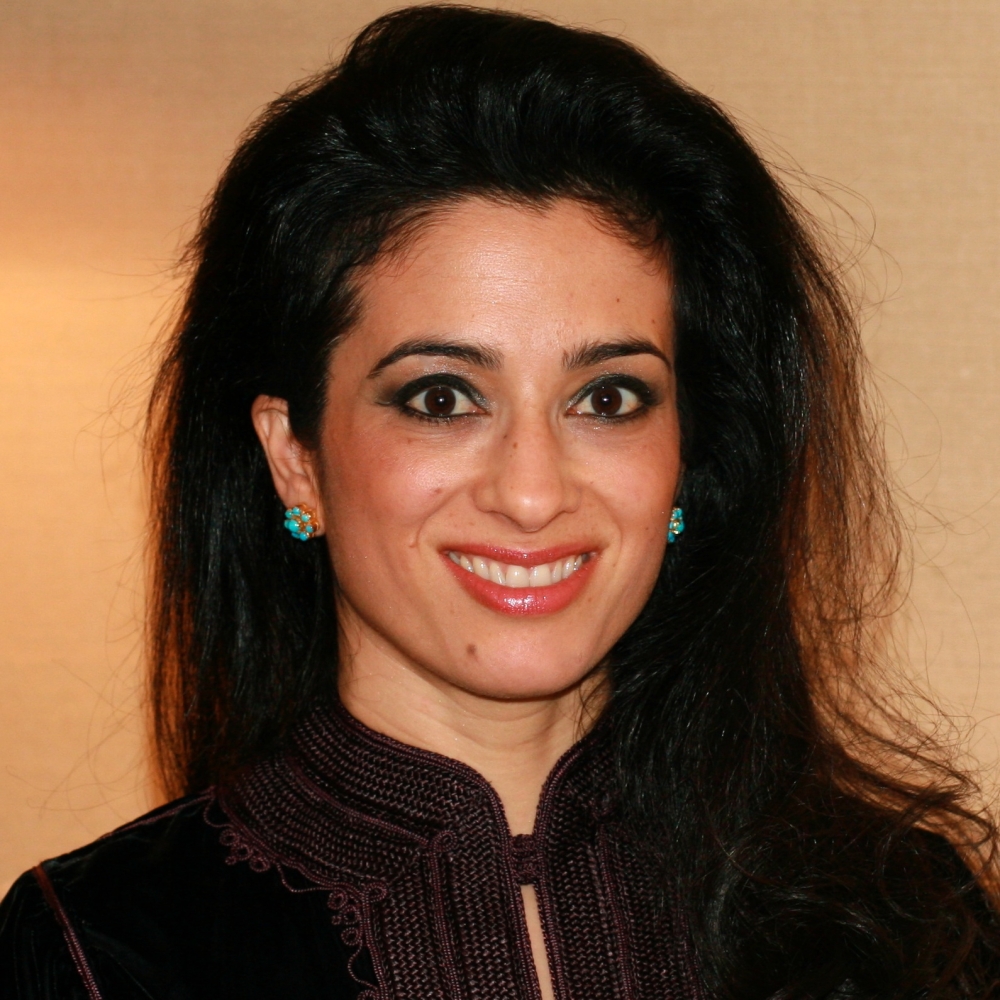 HRH has worked with a number of initiatives to further interfaith and cross cultural understanding and projects to promote human rights.

HRH Princess Badiya bint El Hassan has a BA Hons in History from Oxford University and an LL.M. in Public International Law from The London School of Economics. HRH is a non-practising Barrister, she was called to the Bar by Lincoln’s Inn in 1998. She subsequently gained experience working for UN agencies in Geneva and New York.

HRH has worked with a number of initiatives to further interfaith and cross cultural understanding, as well as projects to promote human rights in general and, more specifically, the rights of asylum seekers and refugees.

Princess Badiya is also involved with various charities and programmes that work to support young people and women. HRH’s UK commitments include her role as Founder Chairman of Mosaic, Patron of Developments in Literacy (DIL) – UK, Patron of Youth Action, Patron of InspirEngage, Patron of the Asian Women of Achievement Awards, Patron of Curriculum for Cohesion and a Prince’s Trust Ambassador. 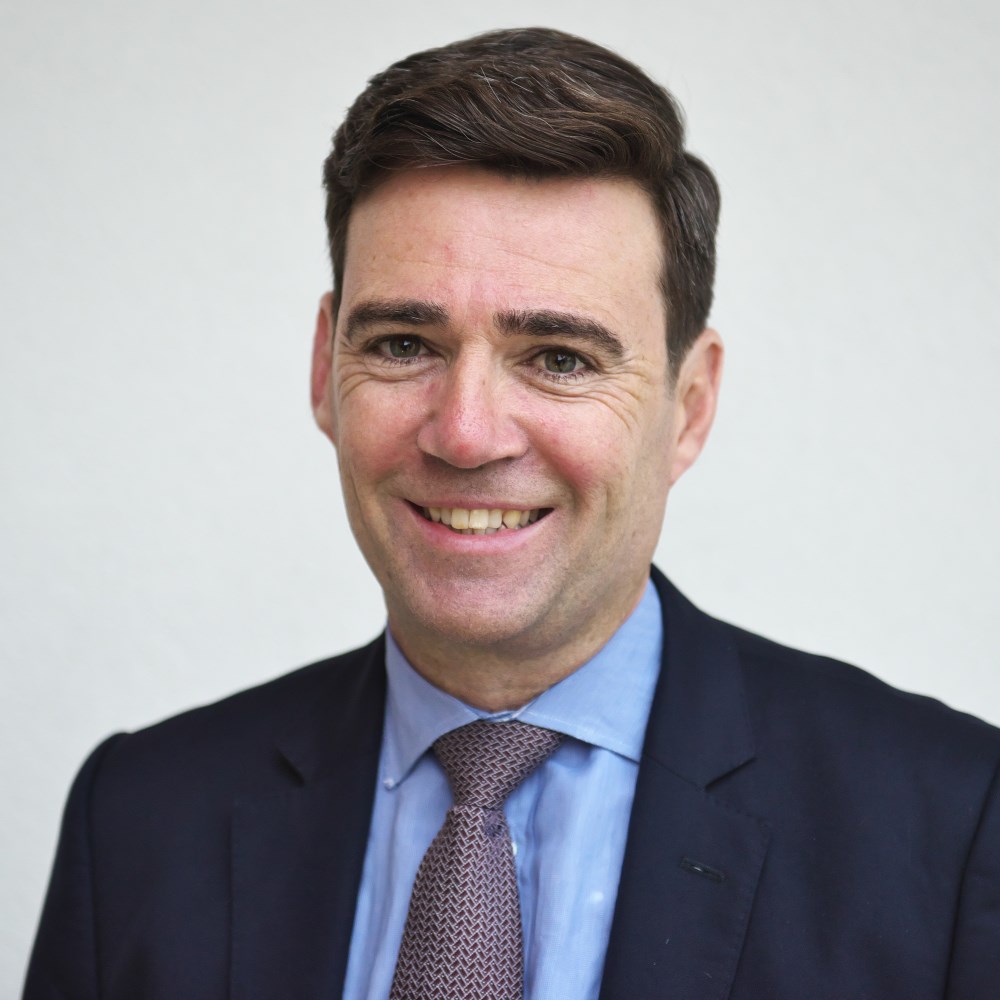 Andy Burnham was elected as Mayor of Greater Manchester in May 2017.

As part of this, Andy is committed to ensuring that Greater Manchester is a place where people of all faiths, beliefs and cultures are able to realise their full potential and able to benefit from the success of the city region.

Before being elected Mayor of Greater Manchester, Andy was MP for Leigh from 2001. In government, Andy has held Ministerial positions at the Home Office, Department of Health and the Treasury. In 2008 he became Secretary of State for Culture, Media and Sport, before returning to Health as Secretary of State in 2009.

Andy lives in Leigh, Greater Manchester, with his wife and three children. He is a keen supporter of Everton FC. 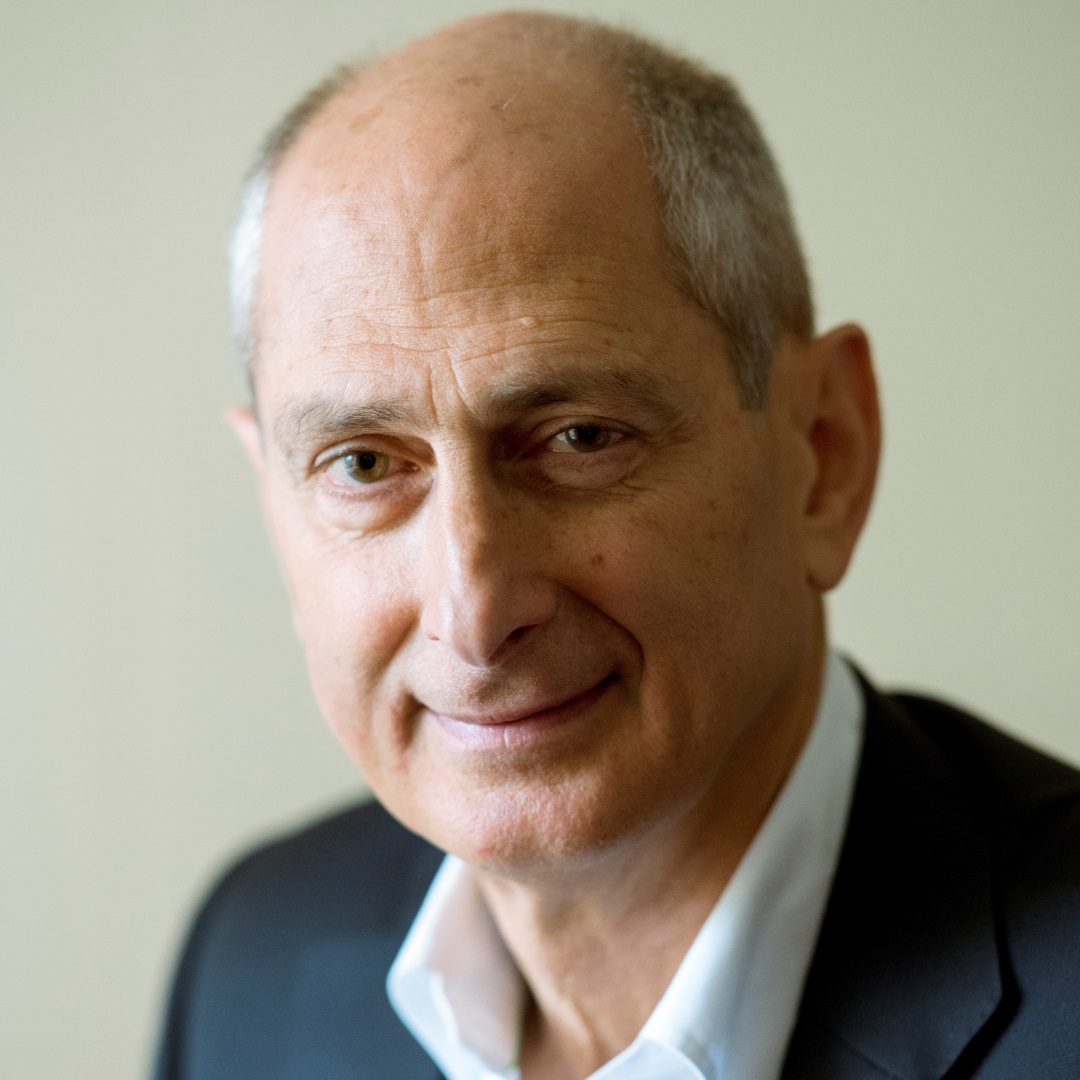 David Dangoor DL is a British businessman and philanthropist. A son of Sir Naim Dangoor, he spent his early life in Baghdad as part of Iraq’s Jewish community, leaving with his parents and brothers in 1960 for the United Kingdom where he was educated at Carmel College and Imperial College London. He then worked as a systems analyst at IBM.

David has been involved in community activities for most of his life. A former President of the Board of the Spanish and Portuguese Jews’ Congregation 2011-16, David Dangoor is President of Jewish Renaissance magazine and a Vice-President of the Jewish Leadership Council. David has also been very active to further education efforts in the UK acting as the Sponsor Governor of Westminster Academy since it was founded in 2006. He is a Deputy Lieutenant for Greater London and a keen supporter of interfaith work, chairing the Lord Lieutenant of Greater London’s Council on Faith.

In 2017 Israel’s Bar-Ilan University awarded David an honorary doctorate, citing his “tireless efforts to further education, culture and art throughout the UK and Israel”. He supports many of the Faith & Belief Forum’s programmes, including our Amplify programme and the Faith Recognition Awards which is delivered with the support of the Lord Lieutenant of Greater London’s Council on Faith. 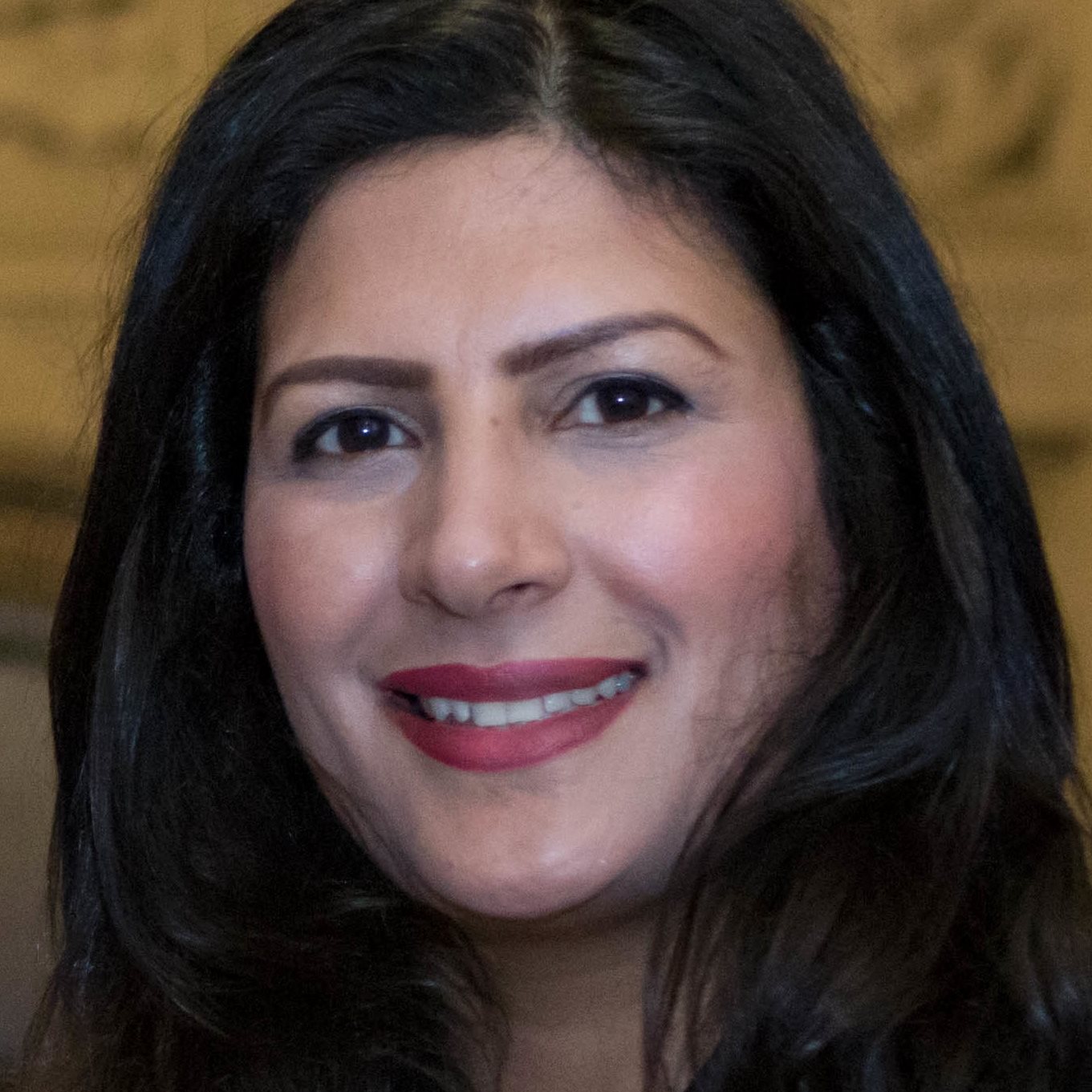 Preet Kaur Gill is the Member of Parliament for Birmingham, Edgbaston, the first Sikh female MP in the UK, and is Shadow Minister of International Development. In Parliament she also chairs the All Party Parliamentary Group for British Sikhs and for Mentoring. Preet was recently featured in the Top 10 inspirational Sikh women in the UK as recognition of her work to engage more women and those from BAME backgrounds in politics. In July 2018, Preet was appointed Vice-President of the Local Government Association, and serves as a Non-Executive Director for Spring Housing, a local social housing organisation. Prior to her election, Preet worked as a Social Worker, and as a Councillor and Cabinet Member for public health and protection. 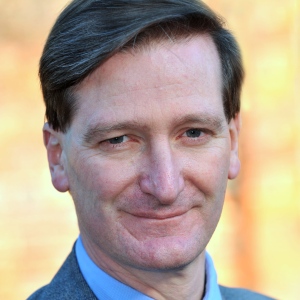 I am proud to be counted as one of F&BF’s champions because I believe societies are stronger and richer where diversity is seen to be a force for good.

“Religion is one of society’s buttresses. Overwhelmingly it is a force for good. It brings purpose and hope to many; it encourages companionship and brotherhood; it encourages intellectual pursuits and it has been a stimulant to artistic expressions that have enriched cultures throughout the world.

But there are dangers. History has taught us that religion can be captured and used to create fear and resentment. Wars have been conducted in its name, martyrs are known to all creeds, and many innocent people have died caught in the cross fire of fanaticism and intolerance.

I am proud to be counted as one of F&BF’s champions because I believe societies are stronger and richer where religious diversity is seen to be a force for good and not suspicion.” 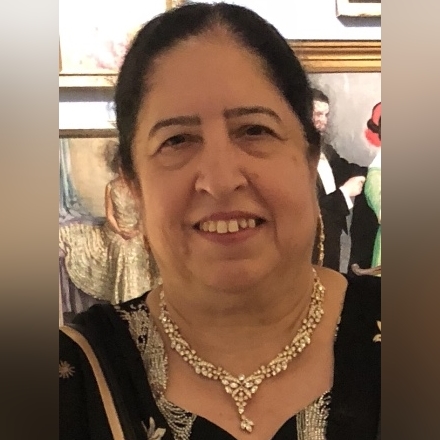 Bushra Nasir is currently a CEO of Drapers’ Multi Academy Trust. She was a secondary headteacher with 20 years’ experience at Plashet School in the London Borough of Newham before retiring in December 2012. She was the first Muslim female headteacher of a secondary school in the UK.

In 2003, she was awarded a CBE for her services to education and in 2005 won the ‘Asian Professional Woman of the Year’ award. She served on the General Teaching Council from 2000 to 2005 and was president of the Muslim Teachers’ Association for six years. In 2006, she was awarded an Honorary Doctorate from the University of East London for her services to education; in 2007 she received a Fellowship from Queen Mary College London and in 2015 an Honorary Master’s degree from the University of St. Mark and St. John.

Bushra is currently on the Education Advisory Panel for the Prince’s Trust. She is a Council member of Queen Mary University and the Chair of the Education Committee of the Migration Project.

She is co-author of a book called Breaking Stereotypes, which aims to provide positive role models for ethnic minority young people. In 2009, she was named in the top 10 list of Muslim women in the ‘Muslim Power’ list produced by the Equality and Human Rights Commission and published in The Times.

Bushra was awarded TES Headteacher of the Year in summer 2012 and the role of Deputy Lord Lieutenant (Greater London) by the Queen in 2016. 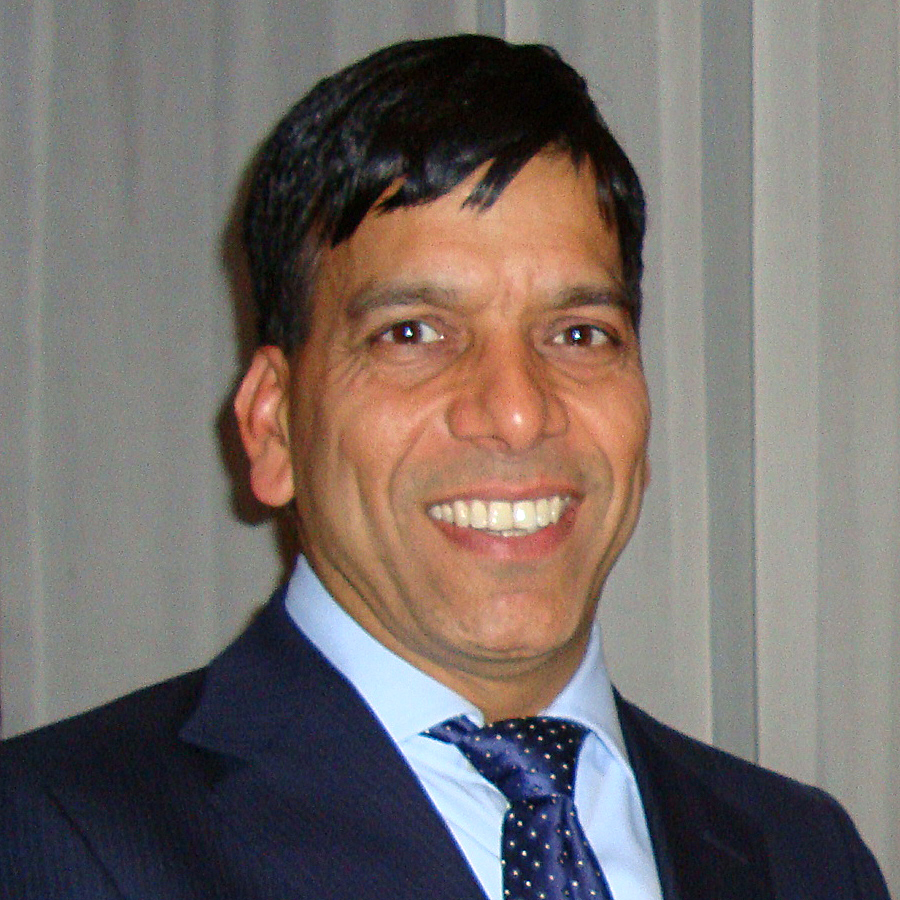 Prem Goyal is is an advocate of equality, diversity and inclusion, and was awarded an OBE for his services to the economy and promoting charitable giving.

Prem Goyal OBE JP has a BTech from the Indian Institute of Technology, an MS from Clarkson University and an MBA from UCLA. He is the founder of CEO of Global Markets Consultants, a management consultancy firm based in London, New York and Tokyo.

Prem serves as a Trustee or Patron for over 25 charities and dedicates significant amount of his time towards community work; organising and sponsoring events that bring all sectors of the community together.

He is an advocate of equality, diversity and inclusion at the top.

In 2013, Prem was awarded an OBE in HM The Queen’s Birthday Honours List for his services to the economy and promoting charitable giving. 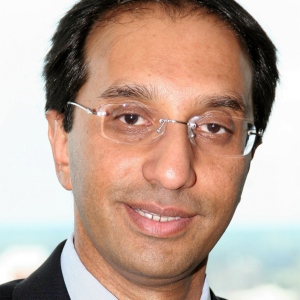 No amount of time dedicated towards facilitating more dialogue is ever enough, and I am pleased to make a modest contribution to this cause by working with F&BF.

Shabir Randeree is Chairman of the DCD Group, an investment company with 30 years of experience in Real Estate, Venture Capital, Banking and Finance. He was awarded a CBE in HM The Queen’s New Year’s Honours List 2013 for his services to business, education and philanthropic support of charitable causes.

“Good relations between people of different faiths and beliefs begin with us being good neighbours, first and foremost. If we do not respect and understand each other, our society will gradually fragment and fall into total disrepair.

Between the media, historic prejudices and inertia, changing negative perceptions and misunderstandings is our biggest challenge to build a cohesive society. F&BF have consistently encouraged dialogue and mutual interaction between various faiths.

I have been sponsoring and promoting F&BF over the past 5 years. My principal contribution is to bring along representatives from my community and expose especially business leaders to the dialogue facilitated by F&BF. No amount of time dedicated towards facilitating more dialogue is ever enough, and I am pleased to make a modest contribution to this cause by working with F&BF.” 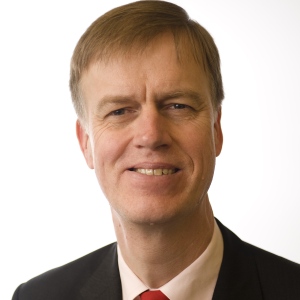 F&BF can play a crucial role in brokering the connections and building the networks which make co-operation between communities possible.

Rt Hon Stephen Timms MP is Member of Parliament for East Ham and the Shadow Minister for Employment. He is also Labour Party Faith Envoy and Chair of Christians on the Left.

“When I was growing up, the general assumption seemed to be that faith was dying out. The reality has turned out to be different. The commitment in recent years of people of non-Christian faiths in Britain to speak about what they believe has encouraged wider openness about faith. That helps all of us.

The values shared by people of distinct faiths – responsibility, solidarity, patience, compassion truthfulness – provide a sound basis for working together. I have seen that in my East London constituency, for example through the work of London Citizens. It brings together people committed to the faiths F&BF works with, and trade unions and other community organisations too.

Cooperation around values instilled by faith is one of the best opportunities we have for renewing our communities and our society. F&BF can play a crucial role in brokering the connections and building the networks which will make co-operation possible.”