About / Founders, Trustees and Patrons 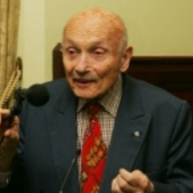 A businessman who dedicated a great part of his life to serving the Jewish community and especially the cause of dialogue and interfaith relations across the globe.

He was knighted in 1976, appointed a Papal Knight in 1985, with a Star awarded in 2010. He was awarded the Templeton Prize for Progress in Religion in 1998 for his interfaith work worldwide. His work for understanding and reconciliation between faith communities took him to every continent and brought him recognition from nineteen countries as well as the Vatican. 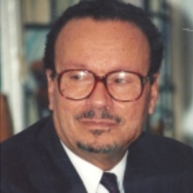 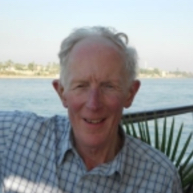 An Anglican parish priest who has been involved in interfaith work for over forty years, and was Executive Director of the Council of Christians and Jews from 1984. He studied for a time in India and in Israel and is a Peace Councillor. He was awarded a Lambeth Doctorate in 2004.

Pilgrimage of Hope, Faith and Interfaith in a Global Age, Time to Meet, How to Understand Judaism, What We Can Learn from Hinduism, Christian-Jewish Dialogue: the Next Steps, a Heart for the World: the Interfaith Alternative.

We would like to acknowledge the work of the late Sidney Shipton OBE who was Coordinator of the Three Faiths Forum between 1997 and 2008. 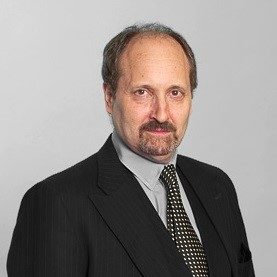 Michael is Chair of the Board of the Trustees of Faith & Belief Forum; he was previously Chair of 3FF from 2009. He was educated at Jewish schools and then at Cambridge University, where he obtained degrees in English and Law. He was called to the Bar in 1975 practising as a Barrister specialising in family law. He became a QC in 2008. He is a Master of the Bench of the Honourable Society of Gray’s Inn and Fellow of the International Academy of Family Lawyers.   Michael has been active in interfaith work for over 30 years. His work has been recognised: In 1990, he received a Benemerenza Medal from the (Catholic) Sacred Constantinian Order of St George; in 2013, he was made a Knight of the Royal Order of Francis I (Italy) and in 2018, he was promoted to be a Knight Commander of the Royal Order of Francis I. Michael was awarded the Cross of the Order of Merit of the Federal Republic of Germany in 2019, in recognition of his contribution to interfaith work. Michael is a member of the United Synagogue and the Liberal Jewish Synagogue. 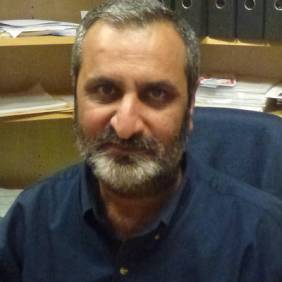 Mohsin’s area of expertise is in finance, accounting, auditing and compliance. Has worked in the peacebuilding and development sector since 1998 and held key finance roles in country programmes and head offices, most notably as Head of Finance / Chief Finance Officer at International Alert (2006 to 2020), Country Finance Manager at Mercy Corps Pakistan (2004–2006) and Focus Humanitarian Assistance (1998–2004). Mohsin previously worked in auditing, accountancy, and the oil and gas sectors. He has played an important role in leading administration and operation functions, and held auxiliary programmatic responsibilities in relief and development. He studied Commerce at the University of Karachi, followed by a traineeship in auditing and then an MBA from the University of Strathclyde and is a member of Association of Certified Chartered Accountants. 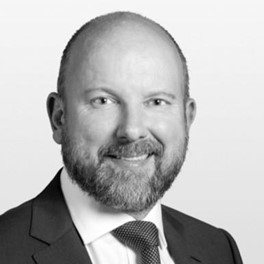 Michael went to Durham School and studied law at UCL before joining the law firm Berwin Leighton (now Bryan Cave Leighton Paisner) in 1989. He was a corporate finance partner between 2000 and 2019 with experience across a number of sectors, with a particular focus on technology and healthcare. Michael’s area of expertise went beyond his professional work into Graduate recruitment, University liaison, Mentoring, Diversity & Inclusion, Charity work and Corporate Responsibility initiatives. Michael also co-chaired the London LGBT group. Michael is now retired from legal practice, serving as a trustee of the Faith & Belief Forum, mentoring law students from UCL and City University, is a regional judge for Young Enterprise and is involved in supporting his local community and other mentoring and voluntary organisations including Zambezi Sunrise Trust. 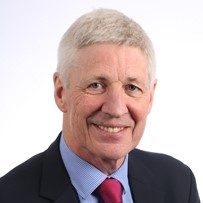 Mike is a founding and Executive Director of the Centre for Trust Peace and Social Relations at Coventry University, UK. Following overseas postings in the Arab world and Asia, Mike framed and led British Council’s global programme in intercultural and interfaith dialogue. He headed the European arm of the EU-Government of Jordan sponsored ‘Promotion of the Amman Message Project’ from 2012-2014. Mike is active with UNESCO and the UN Alliance of Civilizations; he is lead advisor to the World Forum for Intercultural Dialogue in Baku, the World Peace Forum in Indonesia and directs the RISING Global Peace Forum at Coventry. He has been twice honoured, awarded the OBE in 2001 for his peace-building work in the Middle East, and appointed a Companion of Honour of St Michael and St George in the Queen’s Birthday Honours, June 2010, for his work internationally in Intercultural Dialogue. Mike is a trustee of the Faith & Belief Forum and chairs the International Leadership Association, a US-based not-for-profit.   Jessica Kingsley Publishers Ltd published his edited volume Muslim Identity in a Turbulent Age: Islamic Extremism and Western Islamophobia in January 2017 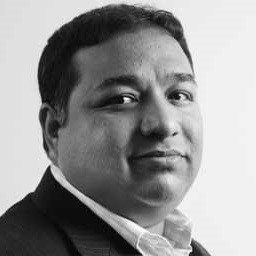 Dilwar Hussain is founding Chair of New Horizons in British Islam, an organisation that promotes critical discussions around Muslim identity, tradition and reform. He is also Research Fellow at the University of Coventry¹s Centre for Trust, Peace and Social Relations. Among other publications, he is the editor of the book ‘British Secularism and Religion: Islam, Society and the State’. Over the last 20 years he has advised government departments, provided policy consulting and training around issues of integration, identity and counter-extremism and has been a frequent analyst and commentator on British Muslim affairs. 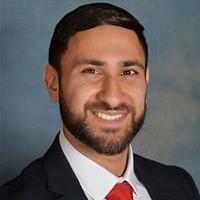 Gurinder was born and raised in Crawley. He attended Hazelwick School and went on to study at the University of Westminster before gaining a master’s degree in International Law & Politics from King’s College London.

He has worked in Parliament for over 3 years and is currently a Senior Parliamentary Researcher for a Labour MP. Prior to this he has volunteered for Amnesty International and taken part in the Faith & Belief Forum’s UN award-winning leadership programme where teams of university students from different faiths and non-religious beliefs collaborate to create social action projects. 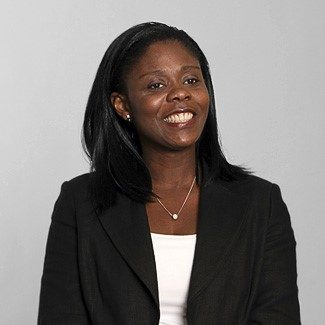 Barbara was called to the Bar of England and Wales in October 1990. Barbara is a specialist family law practitioner with an emphasis in high conflict and complex children cases which come before the High Court.

In addition, Barbara is a fellow of the International Academy of Family Lawyers, is an experienced family mediator and collaboratively trained counsel.

Barbara was appointed a Recorder on the South Eastern Circuit in 2012. 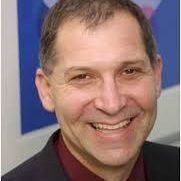 Noam is a Governor of the Hebrew University in Jerusalem and Trustee of the New Israel Fund UK. He is an active member on the Worshipful Company of IT, a contributing member of the Health & Medical Panel and a Freeman of the City of London. He is a Member of the Board of Deputies of British Jews, a Fellow of the RSA and is active on various Charities as well as being a Trustee of the Sternberg Foundation and other trusts. His first management skills were acquired as an officer in the Israeli army, where he achieved top honours. He was the youngest officer in the operation to free 12 Air France Air Crew and 94 passengers who were being held hostage in Entebbe, Uganda and threatened with death. He attained the rank of Captain. 1999 – Present Founder and CEO, the Healthcare Learning Ltd

As CEO he established HLC and its subsidiary, Smile-on Ltd as the leading provider of commercial, internet-based training services for the European healthcare professionals’ Community with the help of a broadly experienced team. 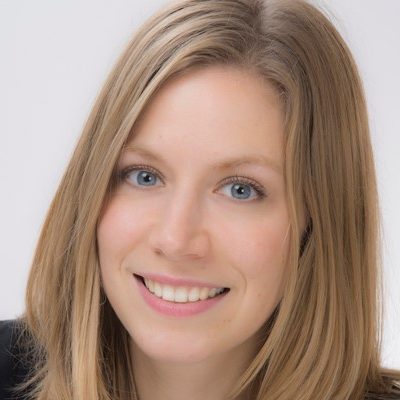 Hannah Wallace heads External Relations for the Clore Social Leadership Programme. From 2008-2012 she led the Tony Blair Faith Foundation’s interfaith social action campaign in 140 countries and developed leadership programmes for young people of different religions across 4 continents. Prior to this Hannah ran an interfaith charity in South London, worked with the Charity Commission’s Faith and Social Cohesion Unit and worked in various corporate fundraising roles. She has also worked as a nightclub bouncer and a dance teacher, and has a BA (Hons) and Master’s Degree in Theology and Religious Studies, both from the University of Bristol. She is a Trustee of Little Village, a new charity supporting families in south London.  She lives in Tooting with her husband and two young sons.

His Royal Highness The Duke Of Bragança