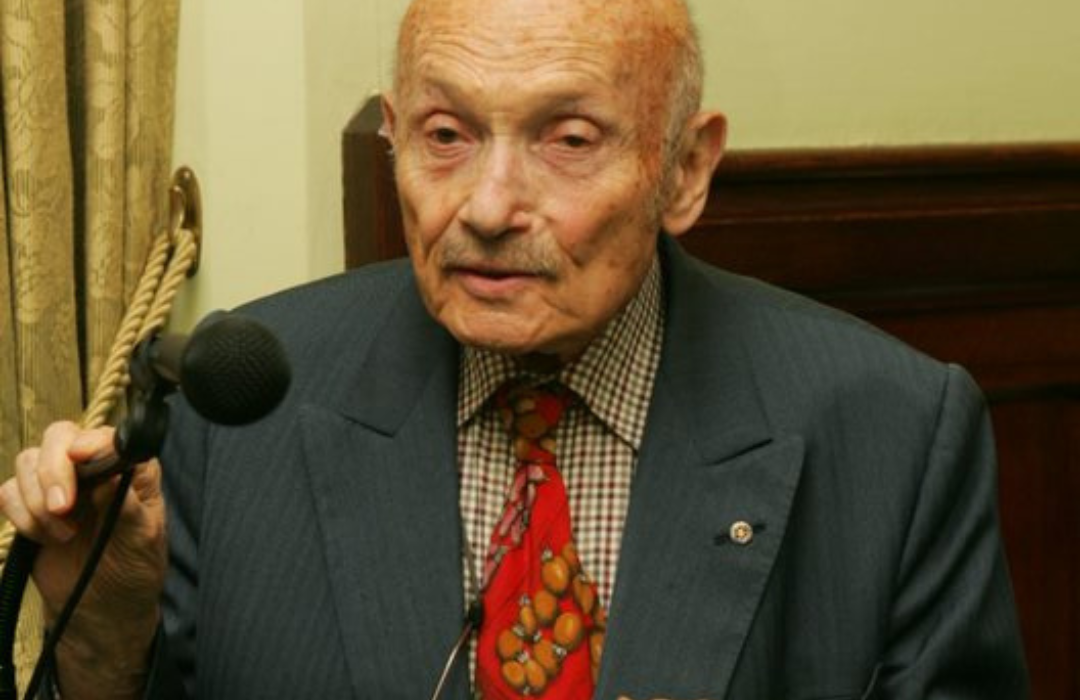 By our Director, Phil Champain

If our founder Sir Sigmund Sternberg were alive today, he would be 100 years old on 2nd June. His co-founder Zaki Badawi would have been 100 next January. The third founder Marcus Braybrooke is, I’m glad to say, very much alive – and still some way off his century! Those of you who may have had the chance to meet Sir Sigmund will know the strength of his personality. We are running a campaign to mark his centennial this month so please do make a visit to our webpage and check in on our social media. We owe him much – for his vison and philanthropy. I wonder what he would think of the challenges facing interfaith if he were still alive?

He would have been horrified by the recent violence in Israel and Gaza. He would, as we are, be thinking of and praying for all those whose families have been torn apart, adding his voice to others demanding an end to the killing and a strengthening of dialogue. He would reiterate the importance of education, of empathy, of understanding, and may even have gone so far as to plead for more enlightened and innovative leadership to prevent further cycles of violence. We know such leadership is being demonstrated on the ground at the community level in different parts of Israel/Palestine and in different parts of the UK where it is badly needed. Leadership that can create opportunities for dialogue, fostering understanding and hope. There is not enough of it – but it is there. Our ParliaMentors programme is one such contribution to this leadership development here in the UK where relationships have been severely tested by recent events.

The images of violence, death, and destruction on our screens can undermine our belief in the power of dialogue and in the idea of positive peace. That is, peace which is more than the absence of violence – something that can be used to gauge the resilience of a society…. its ability to absorb shocks without falling or relapsing into violent conflict (What is Positive Peace?). Sir Sigmund, together with his co-founders, would encourage us to redouble our efforts in this direction – to work bravely at the difficult and often complex and long-term task of understanding others and creating new opportunities through dialogue.

In this month’s newsletter you will find some evidence of our continued commitment to education and dialogue. We are working with the Open University and Inform to engage parents and educationalists on the changing face of religious education in schools. Together with our popular ‘skills for dialogue’ classroom resources this initiative is helping the next generation tackle difficult and controversial issues. Our LGBTQ+ Interfaith Network sessions have engaged many from the LGBTQ+ community in exploring personal stories of faith and belief, learning from each other’s traditions, and building solidarity – a very happy Pride month to everyone celebrating LGBTQ+ culture and rights. And on the anniversary of the murder of George Floyd at the hands of US state police we are continuing to address anti-black racism, including through the Race at Work Charter which we signed back in February.

Sir Sigmund would congratulate us, I’m sure. But he would also demand more! His was a vision rooted in combatting antisemitism, islamophobia, homophobia, racism, and other forms of prejudice and hate through ‘education, familiarity, and dialogue.’ In his own words, he was about changing attitudes through engagement ‘where there is a willingness to listen to other voices.’ That was what he was about and what we are still about today. He would also approve of the idea of celebrating those we draw inspiration from. You can help us do that by nominating inspiring individuals and organisations for our community awards from early June (Make a nomination for 2021 awards). Thank you for your legacy and a very happy 100th Birthday Sir Sigmund!