News / Italy to 3FF and return

Italy to 3FF and return

Hi everyone, I’m Giulia, I’m the Office and Events Assistant at 3FF and was a ParliaMentors intern during the spring months of 2012. Many years have passed since I joined 3FF’s intern alumni – so you may be wondering how I ended up at 3FF again, five years after my internship.

I’ll start from the beginning; during my BA in European Languages and Cultures at the University of Modena and Reggio Emilia (Italy) and, in particular, during a 3-month internship in a Fair Trade NGO in Madrid, I realised that the non-profit sector was the one I wanted to develop my career in. After my graduation, my desire to gain work experience in that field and my passion of learning new languages led me to choose to leave Italy and move to London, where I was hoping to fulfill both my objectives.

Therefore, on a cold and foggy February morning in 2012, I packed my stuff and caught a flight to London, where a hotel room booked for 10 days and a challenging job & flat hunt were expecting me. The first two months were quite hard; I spent my days in a terribly organized English school and sending loads of CVs out, while trying to settle into this amazing but complicated city. Just when I was about to give up and shorten my stay, I got an interview with a smiley and friendly Maja Warnstam, the 3FF Volunteer Intern Coordinator at the time. She was the one who, a few days later, made me jump in my cosy room with the news that I had been successful, and told me that the ParliaMentors team was looking forward to working with me for the next three months.

During my internship at 3FF I gained so many useful skills and a whole new world opened to me. Coming from a medium sized town in the north of Italy, I hadn’t had the chance to meet people from many different backgrounds and faiths until then. For the first time, I was challenging myself with tasks and projects that were allowing me to gain real hands-on experience. More importantly, for the first time I truly understood the meaning of the word “interfaith”, both theoretically and in practice. I still remember the ParliaMentors Graduation day, which I helped the team to organise at Portcullis House in June 2012, as if it was yesterday!

After my internship, I decided to move back to Italy to complete my studies with a MA in International Relations at the University of Bologna and strengthen my knowledge in international politics and peacebuilding. Once I concluded my studies, the desire to learn a new language and work in an international environment brought me to experience, again, a challenging flat and job hunt in the city that at that time I identified as the capital of Europe; that is Brussels.

During a very rewarding and eye-opening internship in a European association in Brussels, I became even more sure that I wanted to pursue a career in the non-profit sector and move away from a career in politics or a European institution. Since the end of my internship at 3FF, I’d been following the organisation’s activities and developments thanks to their monthly newsletters. Having seen in person the real difference that the organisation makes within communities and to people of different faiths and beliefs, the eagerness to return never left me over five years, it actually became stronger, together with my interest for interfaith and peace building.

So, when a vacancy matching my skills opened in the summer of 2016, I applied without any hesitation. And this is how my second adventure at 3FF and in London started.

This past year and half has been the most rewarding and exciting I’ve ever had. When I joined in August 2016, the team was mainly composed of new faces, but even since my first day, I knew that the vision and the values I strongly shared in 2012 remained intact and I felt immediately part of the 3FF family again.

Thanks to my role and the variety of tasks that require supporting all the teams in a wide range of activities and projects, I’ve been able to learn so much from each of my colleagues and strengthen the

skills I had acquired during my studies and my internship in Brussels. If I had to pick a highlight from the many remarkable experiences I’ve had since I joined, it would be organising the Volunteers Celebration in July 2017. This included reaching out all our former interns, discovering what they are all up to now, planning the event and celebrating the volunteers who were able to attend. It was a fulfilling and enriching experience that I’ll never forget. It was also the perfect opportunity to start the intern alumni project that I’ve been enjoying working on since then.

I am really looking forward to seeing where 3FF’s work will go in the future with their current programmes and exciting new projects. Unfortunately, I’ll only be able to take part in it from a distance, as I’ll be leaving 3FF at the end of March to move back to Italy. But I am also happy and extremely grateful, as I’ll be leaving with a bag full of so many wonderful memories, enhancing experiences (both professional and personal), new ambitions and the consciousness that it is possible to learn, work, create lasting relations and enrich your own life by meeting people from different faiths and beliefs. So, thank you to everyone I have met during this amazing journey. I’ll bring you all on this new adventure. You will be my strength and motivation. 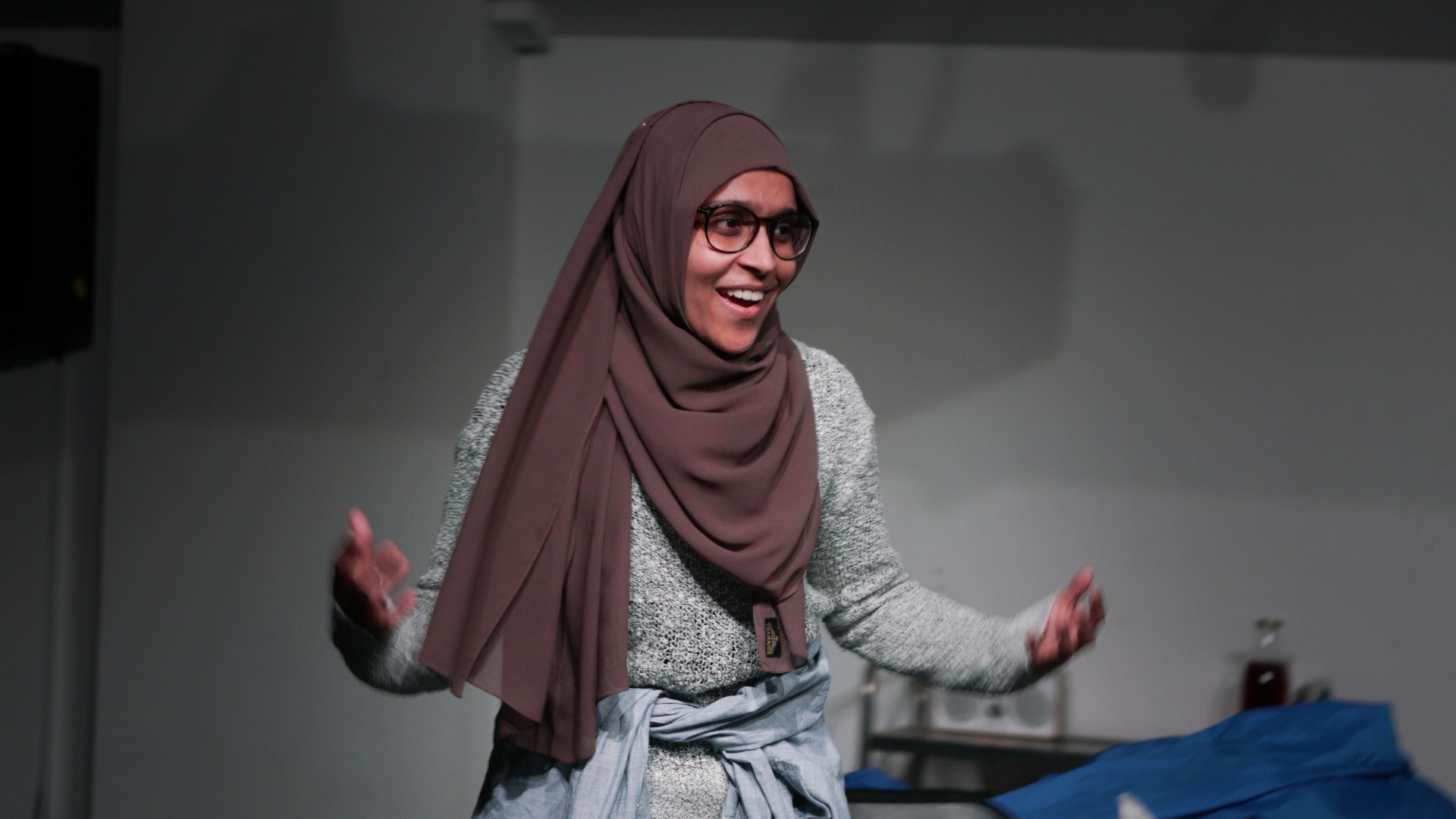 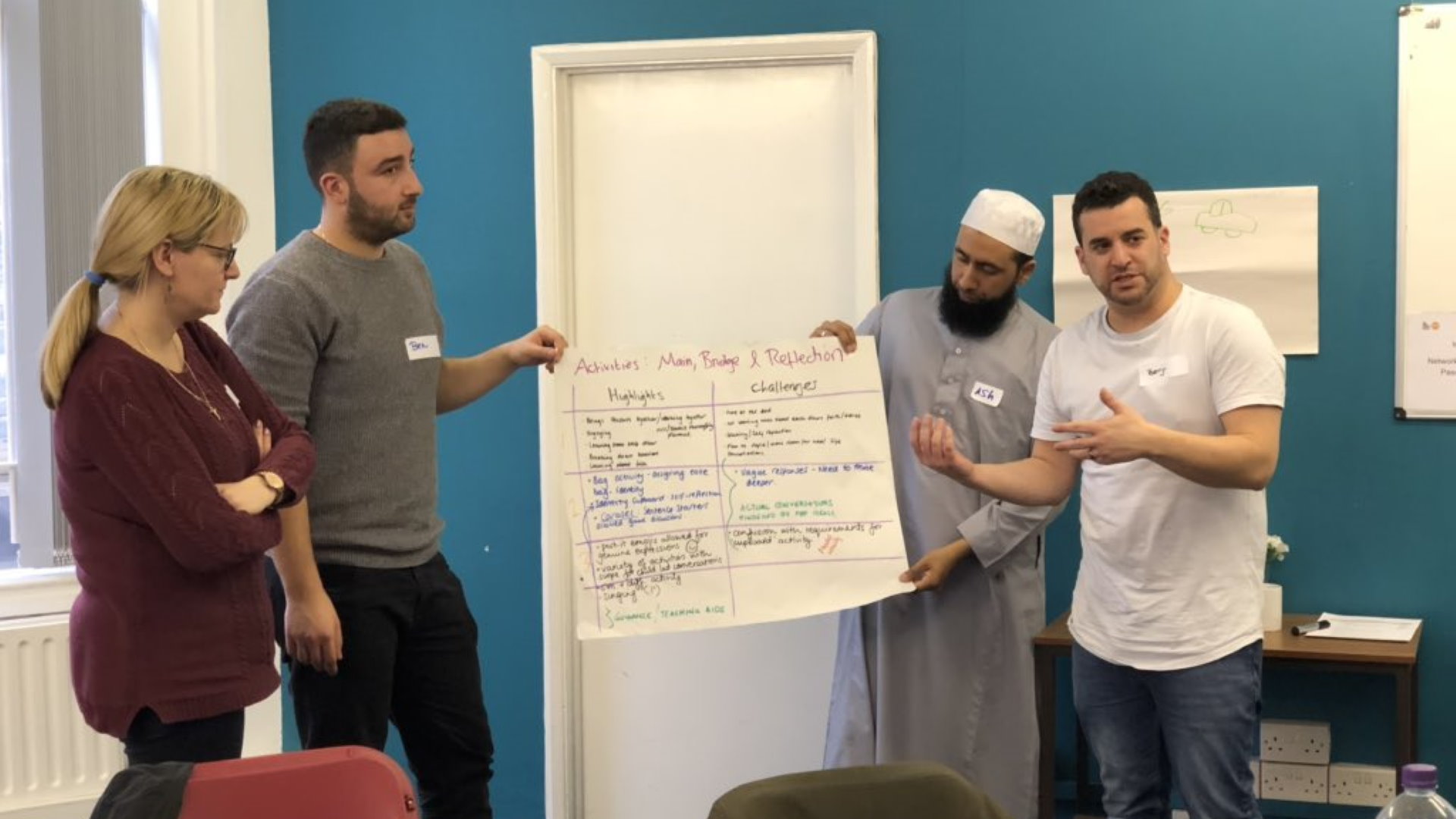 Training teachers to build interfaith connections on our Linking programme 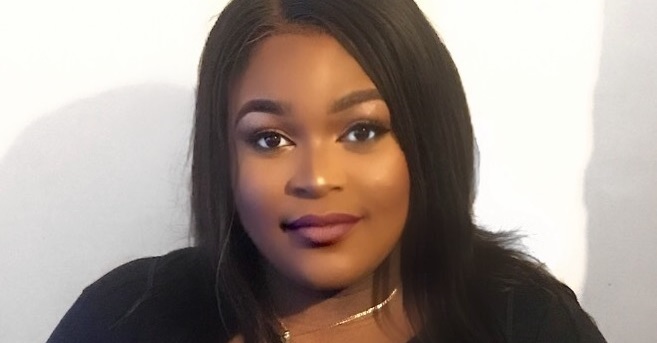 The Crossroad Where my Blackness and Christianity Meet