Marian Apparitions for Catholics Across the World – Women’s History Month 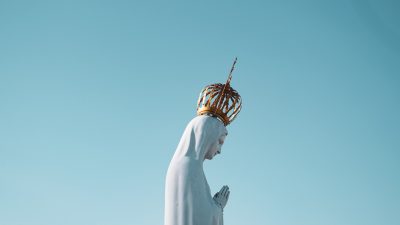 “Mary reminds us of the universality of the Catholic faith”

Mary, the Mother of God, is treated with great reverence in the Catholic faith. Whilst some Christian denominations perceive this reverence as inappropriate or akin to idolatry, from the Catholic perspective reverence for Mary is seen as an expression of love of God. It is believed that Mary was immaculately conceived, meaning that she was spared from original sin in order to be worthy to bear the Son of God. Due to her sinless nature, she was able to love her son -Jesus – perfectly, and was also uniquely attuned to both the joys and sorrows of his life. As such, Catholics hope that by loving Mary and seeking to imitate her, we will come to know and love God more fully.

One aspect of devotion to Mary that is often seen as strange or superstitious – even among some Catholics! – is Marian apparitions. This is when Mary is alleged to have appeared to a person or a group of people to convey a particular message. Some of the better known examples are when she appeared in Lourdes (France), Guadalupe (Mexico), and Fátima (Portugal), but there have been apparitions all over the world, including Kibeho (Rwanda), Amsterdam (the Netherlands), Akita (Japan), and Knock (Ireland). The idea might sound a little hokey, but there is a rigorous process for filtering out any apparitions that could be the result of either psychological illness on the part of the person/people who say they have seen Mary, or the desire to acquire fame or fortune as a result of the apparition. A famous example of an apparition which has been under scrutiny for decades is Medjugorje (Bosnia-Herzegovina).

Even if an apparition is approved by the Vatican, it is not a requirement of Catholic belief. They are “private revelations”, which means that the faithful are free to reject particular apparitions or apparitions generally. So what is the point of Marian apparitions? Why do they occur in so many different places? First of all, it’s important to understand that messages received in Marian apparitions never replace or supplement the existing teachings of the Church; they simply “help people live out their faith more fully”, as stated in the Catechism of the Catholic Church. The messages typically encourage the faithful to return more fully to the fundamental practices of the faith, such as prayer, penance, and charity.

Additionally, apparitions have particular significance to the places in which they occur. For example, Our Lady of Guadalupe, who appeared to a man of Aztec descent named Juan Diego in 1531, helped to unite the native and Spanish peoples of Mexico under a common devotion. The image of Mary that was revealed to Juan Diego contains elements from both Aztec and Catholic religious imagery. The apparitions in Fátima, which started in 1916 in the presence of three children and continued throughout the following year, emphasised the importance of praying the rosary to bring an end to World War 1, and the need to pray for Russia, which was to experience the Bolshevik Revolution six months after this message was received. Our Lady of Kibeho, who appeared separately to multiple students at Kibeho College throughout the 1980s, forewarned of terrible suffering in Rwanda. This is now believed to have been a premonition of the Rwandan genocide of 1994, in particular the Kibeho massacres. In these apparitions, Mary stressed the inevitable suffering of humans, and the necessity of prayer and grace to make suffering not only bearable, but a path to more intimate union with God.

When Marian apparitions occur, Mary addresses those who see her in their native language, and often promulgates a particular image of herself that incorporates elements of the local culture. It is believed that this is a way that God reminds people of both the universality and particularity of the faith: relationship with God is available to all people across all cultures, but God also desires a personal relationship with each individual who seeks him. Marian apparitions often serve as a way for particular countries to solidify an identity that is both faithfully Catholic and distinctive of the local culture and customs. Instead of relying on a faith that is often imported and can therefore seem culturally alien, apparitions allow diverse populations to celebrate an expression of the faith that resonates with their own cultural context. They point to the diversity of the Church, whilst also drawing people towards the elements of the faith that unify Catholics across all cultures.

Whether or not individuals find Marian apparitions to be a compelling facet of the Catholic faith, they are an important reminder that the traditions and practices of Catholicism are not meant to be rooted in European or Anglophone norms. The word “Catholic” means “universal”, and apparitions remind the faithful that every culture and country has an equal claim to the faith.

About the author: Gina Dadaglo studied MA Religion, Culture and Society at Leiden University and MA Media, Campaigning and Social Change at the University of Westminster. She believes that religion can be harnessed as a significant force for social change when properly understood and engaged, and enjoys writing about this as well as other religion-based topics.