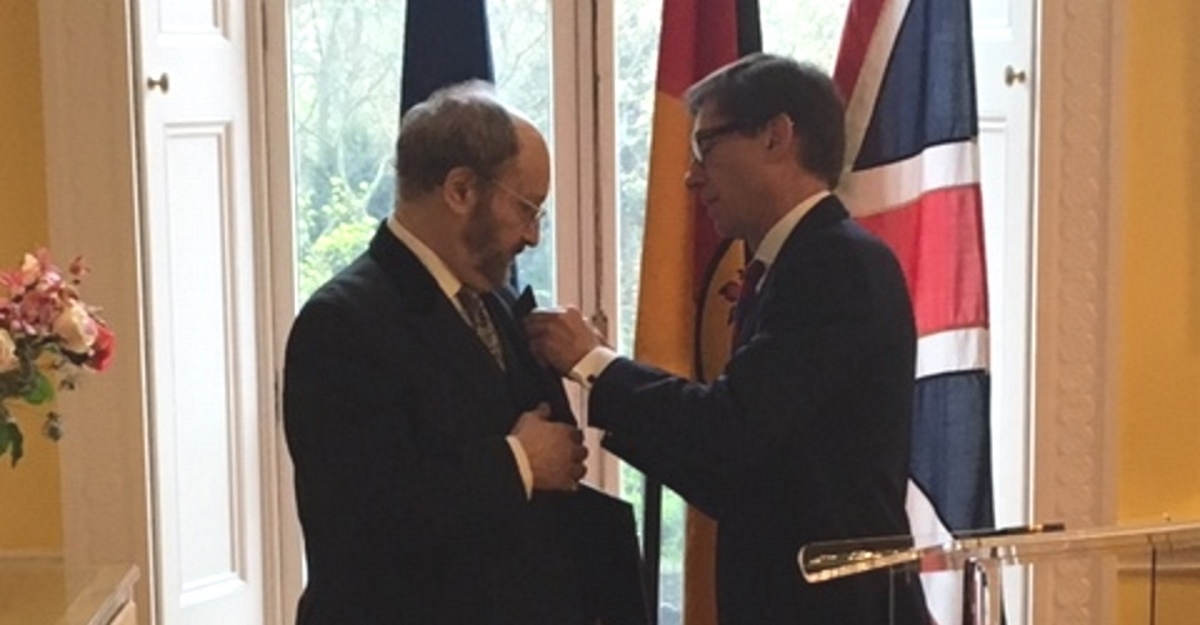 We are very proud to announce that Michael Sternberg QC KCFO, the Faith & Belief Forum’s Chair of Trustees, has been awarded the Cross of the Order of Merit of the Federal Republic of Germany. The Cross was awarded in recognition of Michael’s contribution to interfaith work, at a ceremony at the German Ambassador’s Residence in London on 2 April 2019.

Below is Michael Sternberg’s speech from the ceremony.

Your Excellency, My Lords, Good friends, and Colleagues: Thank you for making time in a very busy day in historically worrying times to come to this event. I offer of course immediate, grateful thanks to His Excellency and Mrs von Woss Wittig for allowing us the use of this wonderful residence for the presentation of this award.

The award is in reality a recognition of all the work that has been done over many years by the interfaith organisations which I have been deeply involved in and which I now chair. These principally are the Faith & Belief Forum and the Sternberg Charitable Foundation.

I regard myself as a trustee on their behalf of this great honour from the President of the Federal Republic of Germany. Germany has now, as we know, become the conscience of Europe. I wish there were many more states like it.

I am sure all of you have some idea of what the Faith & Belief Forum does. It is the successor to the Three Faiths Forum which was founded by my late father, Sir Sigmund Sternberg, Sheik Zaki Badawi KBE, and Rev Dr Marcus Braybrooke some 22 years ago.

Again, you also may have some idea of what the Sternberg Charitable Foundation does in supporting many causes that act against prejudice, the arousal of religious and cultural hatred and how it  works tirelessly for better relations between many faiths, particularly the Abrahamic ones.

The work of both Trusts is badly needed now more than ever, because save for few weeks of Cuban Missile Crisis in 1962, the world is now a more dangerous and unstable place than at any time since 1945.

In order to understand how this has happened, one would need a plethora of different skills and insights. What is clear though, is that it has become acceptable both politically and culturally to use hatred against minorities as a respectable way to obtain political power.

The real skill at the moment for aspirant, unscrupulous politicians is not so much in choosing an appropriate candidate, but in selecting the right minority to victimise.  The ideal minority is a group who can be falsely presented as the embodiment of alleged assorted malevolence. The script of so much populist rhetoric is the message, “No matter how placid and safe your country might seem now, the enemy within intends to destroy your way of life or even kill you.” The fact that this sort of populist approach attracts extremists never worries in the least a certain sort of politician, who benefits from its support.

The demonization of groups and religions was, as we know a precursor to what happened in Europe between 1933 and 1945. How this happened was vividly illustrated by an excellent seminar on the reasons for the rise of antisemitism, presented here last month by HE the Ambassador and Mrs von Woss Wittig. That event was in the tradition of so many hugely important interfaith activities that have been promoted by The German Embassy in London over the last 20 years, and in particular by HE’s predecessor as Ambassador here, Dr Peter Ammon and his wife Marliese.

The speed and prevalence of intercultural anger, religious hatred and the abuse and vilification of minorities all over the world, not to mention the reincarnation of anti-Semitism and Islamophobia, which are vileness in its most putrid form, must not make us despair. Organisations like the Faith & Belief Forum, and the Sternberg Charitable Foundation, (and happily there are many of us) fight vigorously against this sort of evil.

Whilst at times, it may seem as though that the forces of hatred are growing and are irresistible, it is only through the continued support of States like the Federal Republic of Germany and the work of Trusts like the Faith and Belief Forum that turning this tide becomes possible.

Today is a day of celebration. It is a day to delight in the fact that the work which my late father began some 30 years ago, and which I continue, is recognised and approved. Please enjoy the rest of your time in these wonderful surroundings. If you take one thing away from today, it is my fervent wish that you look at the Faith & Belief Forum website and help us by becoming involved in its most important work, which today this significant award recognises. 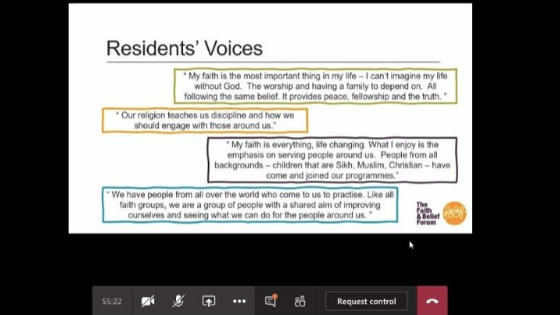 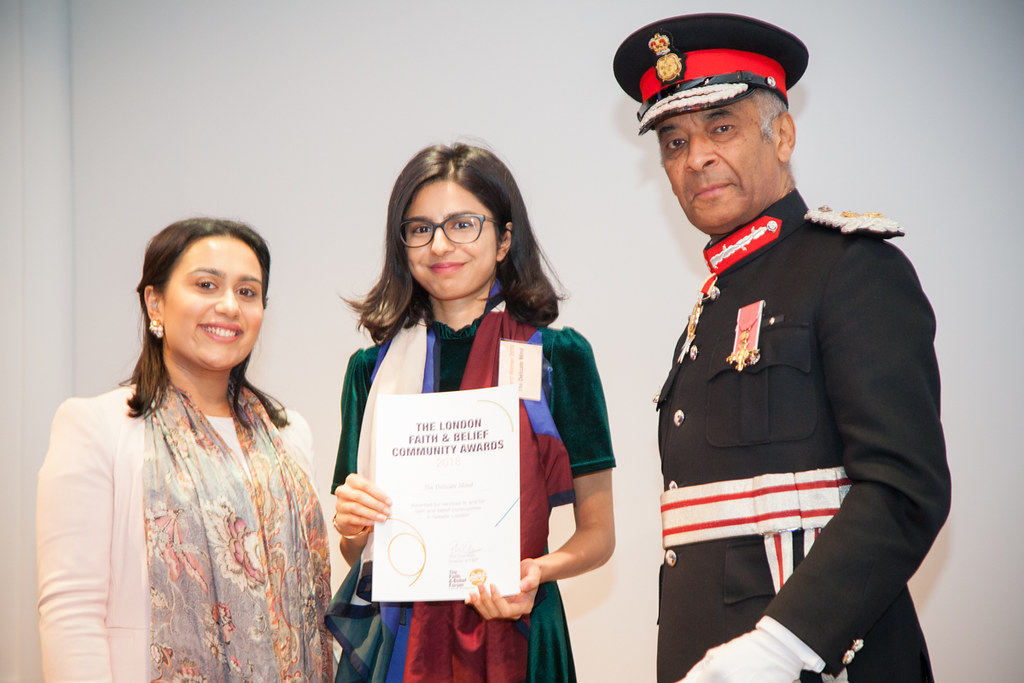 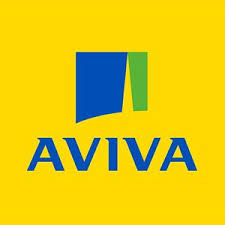