News / Muslims in the Media: Are we bridging or building divides?

Muslims in the Media: Are we bridging or building divides? 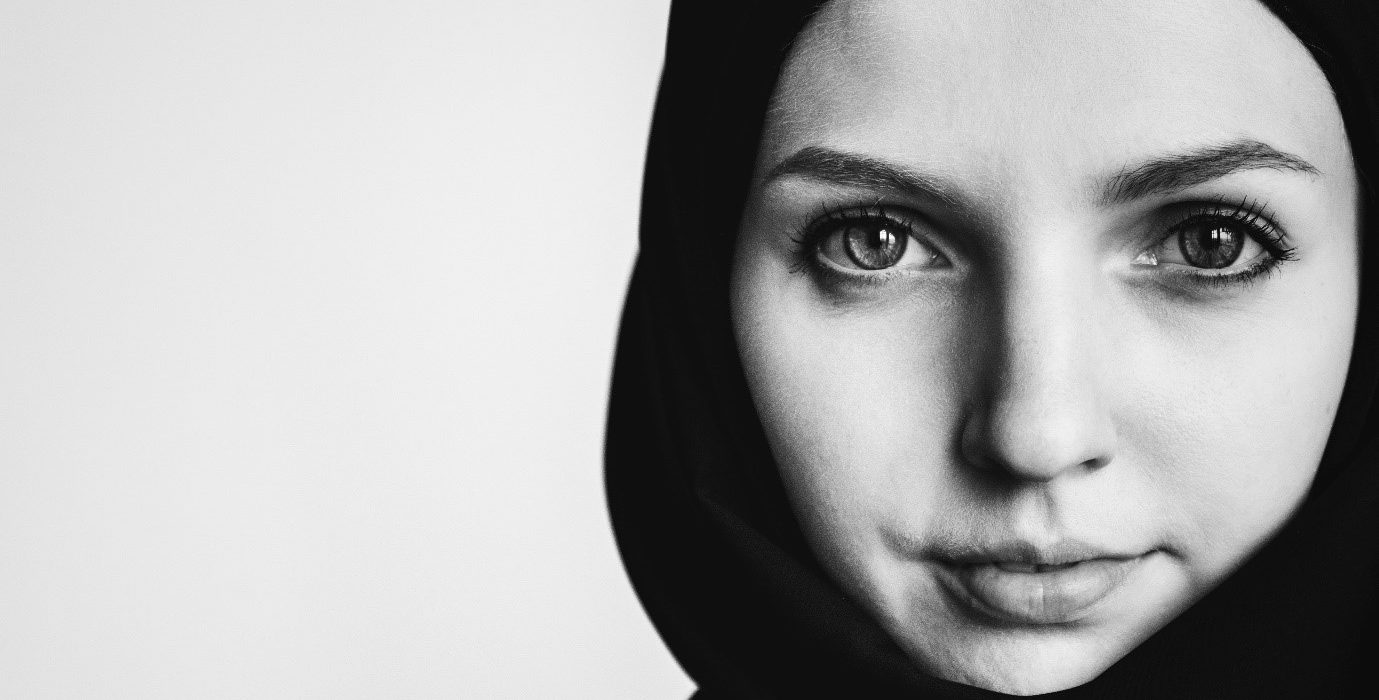 Words are powerful. Words have the power to do good or to harm. Words do not simply express facts but can also forge narratives (toxic, positive and much in between), shape ideas and critically influence the way readers feel and think. As novelist George Orwell once aptly said:

As a linguist and graduate in translation now working as a writer, I wholeheartedly agree. I’ve spent many years studying the effects of words and how we use or even abuse language for our advantage.

I’ve pushed others to empathise through my words, but I’ve also highlighted how language can push negative portrayals of a so-called “other”, for example examining the use of antisemitic language, looking at how one translates a text from one language to other to represent diversity and explain prejudice, to analysing how one depicts a certain religious group in comedy or how one mediates from one cultural setting to another. I’ve seen how a mere choice of word can propagate or challenge toxic narratives, stereotypes and prejudice.

In today’s climate of rising hate crime across the UK – in particular antisemitism, homophobia, transphobia and Islamophobia – we need to not only be aware of the material we’re exposed to and are choosing to read and listen to (which should ideally from a range of sources to build nuance and wider understanding) but to also challenge toxic language, toxic narratives and toxic portrayals of cultural and religious groups (in particular minorities). With the rise of both Islamism, the Far Left and the Far Right, we need to make especially sure that we don’t become divided and that we present fact not fiction, through inclusive reporting of current affairs devoid of toxic, harmful narratives.

The role of the media is therefore one of great responsibility. Newspapers in particular should be playing the role of an ethical “guardian”. Whilst no news is of course truly objective, we must however ensure that both what we’re saying and how we’re saying it are fair, accurate and inclusive.

Now, in real terms, how does this fair in today’s context? As a British Muslim, how are we as community and Islam as a faith currently being portrayed across British media? Well, much has already been said about the negative portrayal of Muslims – including Muslim women – across the media in both the UK and US. Here in the UK for example, Bushra Dunne, a 17 year-old British Muslim with parents of Iraqi and Irish origin, found herself so dismayed at the portrayal of ethnic minorities (in particular Muslim women) that she launched the youth-led campaign Stand Up Stand Out to call out hate speech in the media and ensure fairer representation.

Academics have also argued the same. Dr Chris Allen at the University of Birmingham for submission to the All Party Parliamentary Group on Islamophobia declared in his report that:

“The evidence shows an overwhelmingly negative picture, where threat, otherness, fear and danger posed or caused by Muslims and Islam underpins a considerable majority of the media’s coverage. Given that 64% of the British public claimed that what they know about Muslims and Islam is acquired through the media, then it could be that such a stream of negativity… has the potential to then ensure stigmatisation, marginalisation and intolerance.”

Likewise, the Centre for the Study of Islam in the UK at Cardiff University, have also concluded that the British press were unfairly representing British Muslims:

“… the British press in recent decades has tended to reproduce a limited repertoire of negative images and troubling themes. Given… the diversity of British Muslims and their day-to-day lives, this distorting focus has led to complaints that that British Muslims have been misrepresented in the news media, and that this has contributed to a lack of understanding between communities.”

Now, there seems to be two issues at hand here. Firstly, the lack of coverage of “positive” news stories (as described above) is dangerous – especially for those who have few or no Muslim friends, colleagues or neighbours and are gaining limited exposure to what being a Muslim is really about (charity, helping others, worshipping God and living your life like the rest of us!). Secondly, this also poses the issue of how the media is portraying “negative” news stories, for example those related to Islamism and violence (remembering that violent and non-violent extremism occurs in many contexts and religious/non-religious communities).

Of course, no one can deny these tragic issues. We must call out violence and stand in solidarity as a cohesive society with a clear message to extremists (of all forms, not simply Islamists), that violence, discrimination and hatred will not be accepted. However, what we need to examine are these questions: are such issues being reported in a responsible or divisive manner? Are media outlets using well-informed research or ill-informed/biased narratives to inform their work? Ultimately, the question is: are we as a nation challenging hate or instead promoting division? Well here’s a quick analysis I’ve undertaken of the British press to see!

So I started my research of Muslims, Islam and Islamism with a quick Google and up popped the Islamist organisation Hizb ut-Tahrir – a group who calls for a Caliphate including the enforcement of (what they would classify as) “Islamic Shariah” and who are thus clearly Islamist in nature. This group are therefore the focus of my mini-research.

Let’s now take a look at how this group has been described in four mainstream papers: The Guardian, The Independent, The Telegraph and The Daily Mail. Take a look at the picture below – the selected terms are highlighted in red: 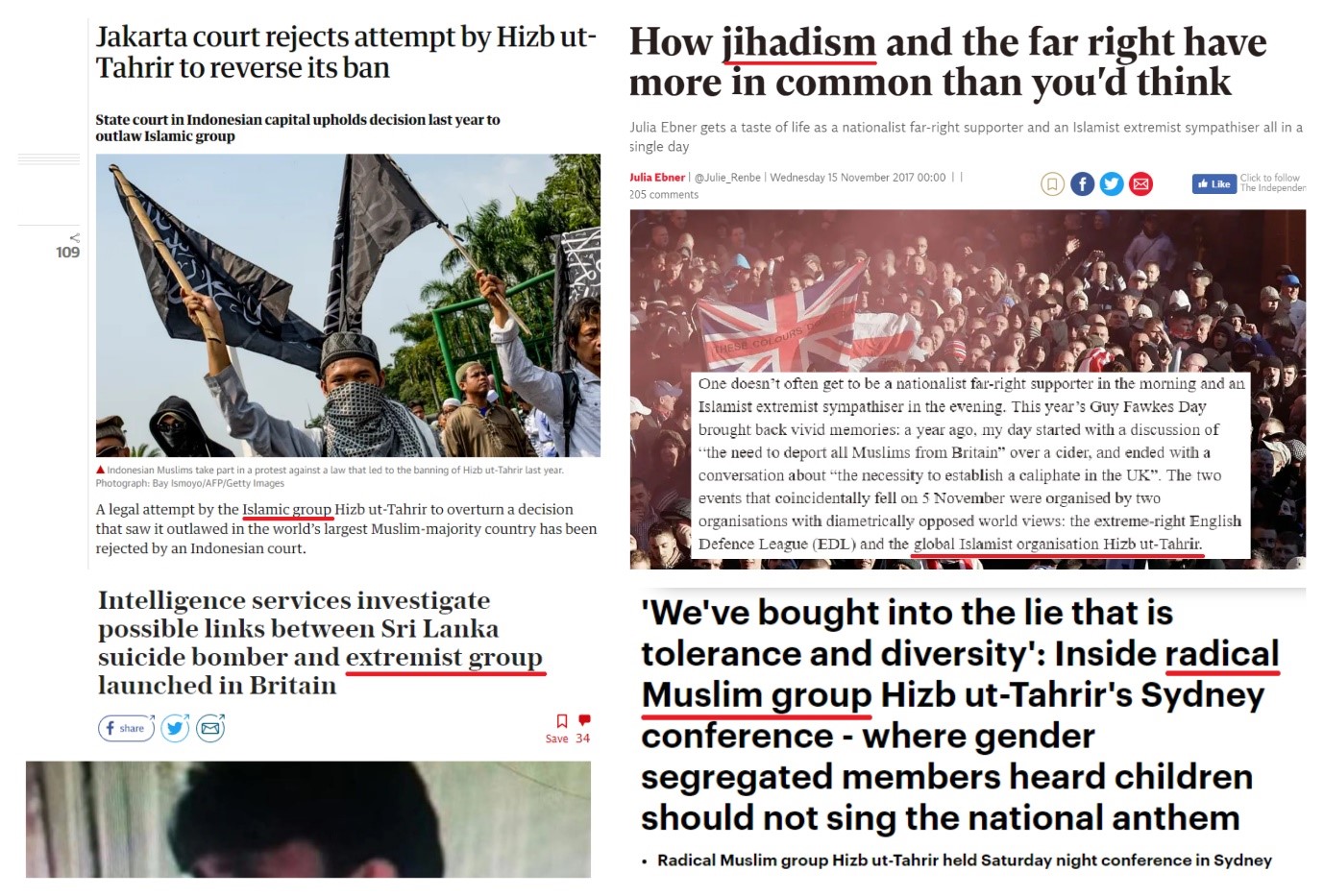 References to the Islamist group Hizb ut-Tahrir include:

Now, you don’t need to be a language expert to see that the Independent’s piece – in drawing parallels with the Far-Right and referring to “jihadi” and “Islamist” – is far less divisive and is more accurate in its depiction of Muslims than the terms “Islamic” and “Muslim” which instead group together everyday peace-loving Muslims practising their faith with extremism. Readers need to be aware of the difference between Islamism and Islam and therefore between extremists (who identify as Muslim) and Muslims as a faith-based group. To present the two concepts as one is instead offensive, divisive and dishonest.

“Islamism” is specific in that it describes a distorted, twisted (and violently politicised) interpretation of “Islam” which goes against the key Islamic theological principles of tolerance, equality and moderation and is not akin with “Islam” as a faith. By referring to Hizb ut-Tahrir as “Islamic” rather than “Islamist”, The Guardian is therefore associating Islam as a faith (rather than the individuals in question) with terrorism. To link the two together in such a manner is therefore incredibly irresponsible.

Whilst Hizb ut-Tahrir believe they are following “Islam”, to associate the two in such blanket manner is extremely dangerous. This misrepresents Muslims and helps to stir up social tensions, serving to act as a means of “scaremongering”. Likewise, by calling them a “radical Muslim group”, the Daily Mail is associating Muslims and Islam as a whole with Islamists and extremism. This too is disproportionate, stigmatising and divisive – not least in a non-Muslim country where Muslims represent not merely a religious minority but also many diverse cultural minority groups.

Lastly, whilst often deemed a more “right wing paper”, in this example The Telegraph in fact seems to have taken quite an objective approach to its reporting by using the term “extremist group”, clearly and emphatically associating Hizb ut-Tahrir with extremism, rather than Islam more broadly as a faith. This is important in highlighting how to not push Islamophobic narratives which claim that Islam (and therefore Muslims) are violent in nature, by instead acknowledging that Islamism does exist but not making the warped ideology/people behind the violence a “hot topic” for the immediate “attention grabbing” headline.

Of course, whilst this may only be one example of how four very popular national newspapers have chosen to report on this group, it’s very telling of how we must be conscious of the language we use and how Muslims, Islam and Islamism are portrayed in the media. The language in my analysis shows how the way current affairs are reported can have major effects on the perceptions people have of Muslims in Britain today and subsequently society as a whole. We must ask: is this down to a lack of understanding/knowledge of Islam or an underlying bias? Indeed, if there is an underlying prejudice (biased narrative), is this a conscious (intentional) or an unconscious bias?

This blog is of course a mere drop in the ocean of the work being undertaken surrounding the issue of representation of Muslims in the media. However, I do believe that it is also incorrect and disingenuous to claim that the “mainstream media” is intent on ignoring positive stories about Muslims and is instead hell bent on actively fully demonising our community. Some Muslim journalists do indeed claim that: “There is a systematic and coordinated effort by the mainstream media to criminalise Islam”. To state that the media is trying to “criminalise” Islam is however a mere exaggeration and is itself mirroring of the “othering narratives” they talk of.

On the contrary, there are clear examples of positive media stories written by both Muslims and non-Muslims documenting for example charitable giving in Islam and positive interfaith work between Muslims and other faith communities with no negative bias attached. However, whether there is enough of this coverage, is another issue. Therefore, acknowledging the issues at hand, our newspapers and wider media (as well as (the responsive) Muslim media outlets themselves) must ensure that they use language responsibly. This clearly isn’t the case in some of the examples here and so education and accountability is required.

To reporters and consumers alike, as a nation, we must all educate ourselves on our rich diversity of faith groups and be held accountable for the language we use. I urge us all to ensure that our words are used to inform and engage, whilst challenging tough issues and dilemmas with trust, mutual understanding and respect. We need to be on the same page. We’re one nation (of many faiths!). Let’s make sure we’re working to build bridges not divides. 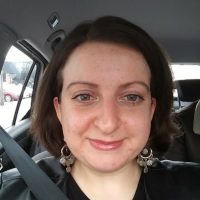 Elizabeth Arif-Fear is an award-winning writer and activist. She is the Founder and Editor of Voice of Salam, an international human rights and interfaith platform.

Elizabeth works with a variety of non-profit organizations to tackle a range of human rights, interfaith, social and cultural issues including Muslim-Jewish relations, antisemitism and Islamophobia. “What If It Were You?” is Elizabeth’s debut poetry collection which seeks to raise awareness of the struggles fought by many – including herself – and to call for peace, justice and humanity across the globe. 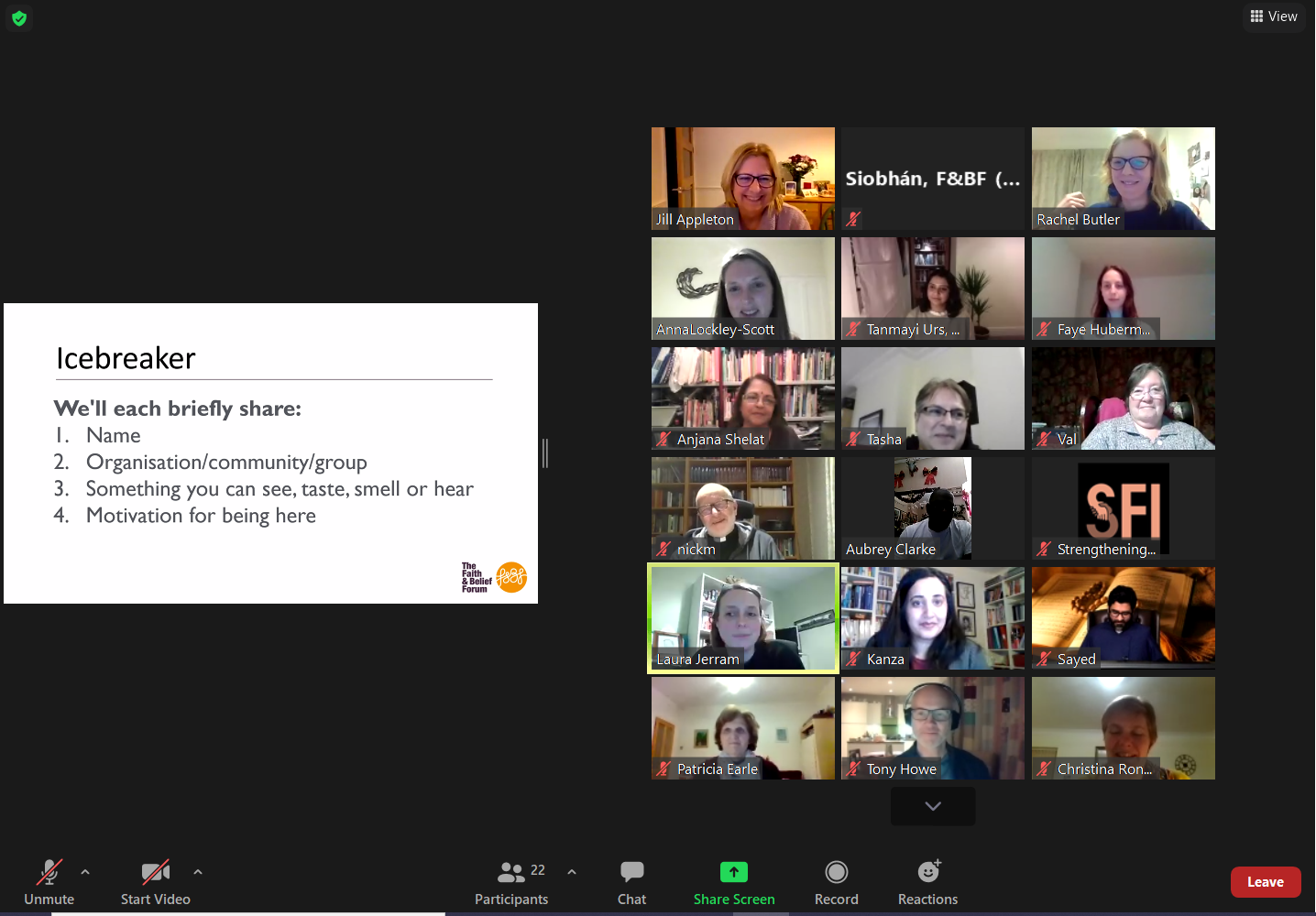 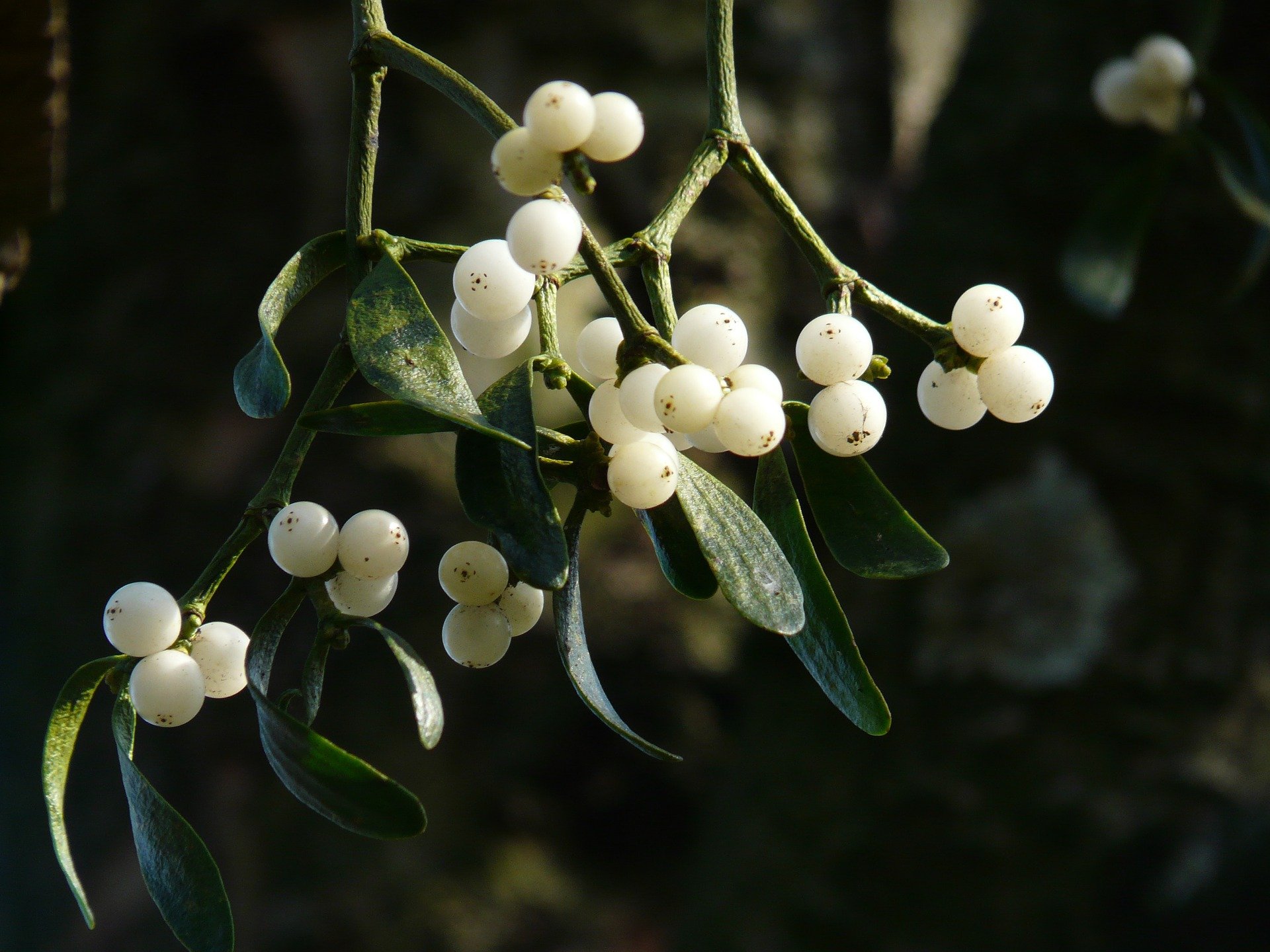 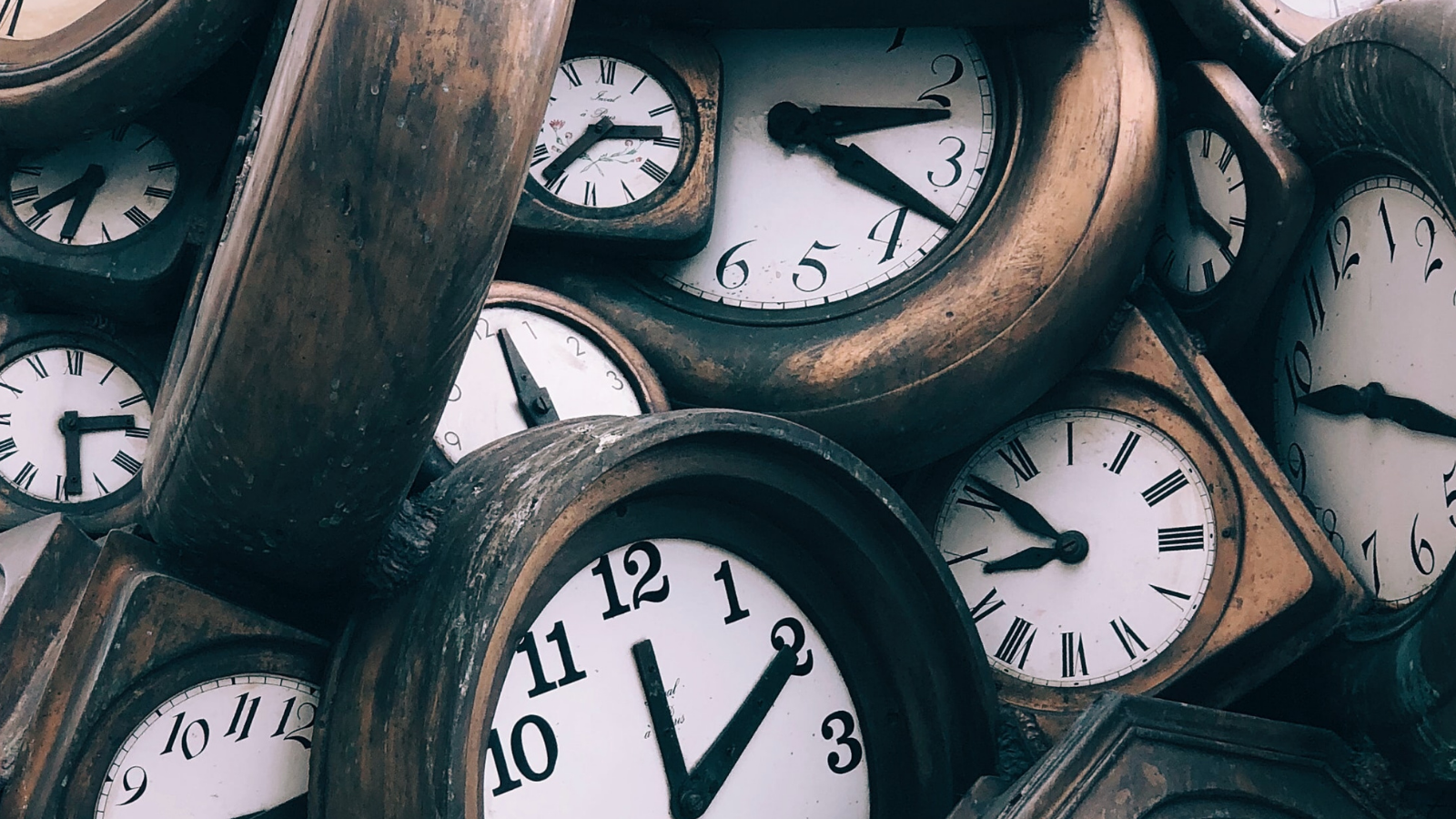