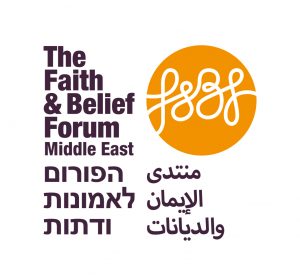 The Middle East branch of the Faith & Belief Forum, based in Jerusalem, runs a ground-breaking project for improved intercultural relations in the healthcare sector.

In the divided and contested context of Israeli society, hospitals and healthcare settings remain one of the few spaces where patients and staff – whether Jews, Israeli Arabs, Palestinians, Bedouins or Druze – interact and work side by side on a daily basis. It is not uncommon to observe Arab doctors treating Jewish patients, and vice versa.

Within the context of the healthcare sector, where life and death decisions are made on a daily basis, the role of faith plays a critical role. We focus on the intersection between faith, belief and culture and issues such as organ donation, palliative care, fertility, modesty, and rejection of medical treatment for religious reasons.

Each year we work with 200 participants (including hospital directors, heads of nursing schools, janitors and security guards, human resources professionals, neurologists, midwives, and social workers) within the Israeli healthcare system. Our workshops helps participants build their interfaith and intercultural competencies leading to enhanced patient outcomes. Our work takes place in hospitals around Israel including Rambam Hospital in Haifa, Ichilov in Tel Aviv and Hadassah Hospital in Jerusalem.

Our work is delivered by a diverse team of facilitators who identify with arrange of different nationalities, faiths, cultural backgrounds and identities. These facilitators run workshops based on a methodology called Scriptural Reasoning.

Scriptural Reasoning, developed at the University of Cambridge, is an international movement led by scholars and community leaders, and adapted to a variety of settings including schools, prisons, universities, and, through our project, the healthcare sector. Scriptural Reasoning is a unique method of inter-religious dialogue based on in-depth engagement with sacred texts. We use extracts of sacred texts which highlight and explore questions relating to clinical situations. We also hold biannual Scriptural Reasoning conferences, attended by leading scholars from different faiths and beliefs.

"We have worked with 200 participants annually in the humanities and healthcare."