News / Not farewell but au revoir

In 2009 I was invited by my late father, together with Reverend Dr Marcus Braybrooke, who after the sad death in 2006 of Imam Zaki Badawi KBE, were the two remaining founders of the Three Faiths Forum, to become chair of the trustee board of 3FF.

The organisation at that time was a quite different one from the way it is today. It had been founded in 1997 to encourage friendship, goodwill and understanding between people of the three Abrahamic faiths and it was at the time the first forum of its kind. I had been involved in 1997 in the legal issues in its creation, and the struggle with the Charity Commission to get them to understand that this was not going to be a political organisation but an interfaith charity. It was quite a battle, but in the end, we persuaded them.

I have been engaged in all of the major aspects of the Faith and Belief Forum since it was founded. This has meant that I have been involved now for a quarter of a century and that’s a long time. Over the years, I have seen the organisation go from strength to strength. Although this has not been a linear progression and there have been setbacks, as you would expect, but all of them have happily been overcome. Being chair of the trustees’ board has been, if not a full-time occupation, then something awfully close to it. The problem in the early days was that it was extremely difficult to raise money and the largest contributor was the Sternberg Charitable Foundation, and this remained the position for many years. Happily, things are different now. One of the marked things about our progress since 2015 has been the sharply significant increase in the level of donations and grants to the organisation. In 2015 we were grossing around £300,000 a year, now we are well over £1 million and in time I think we will approach £2 million. This has allowed a revolution in our work, compared with where it was only 10 years ago.

I have been helped as chair enormously by the contribution of my co-trustees and of course by our Director Phil Champain, who took over from Stephen Shashoua in 2015. Stephen, after the sudden death in 2008 of Sidney Shipton KFO, became the 3FFF’s first Director. (Sidney had acted as 3FF’s Co – Ordinator since 1997.) Stephen, with the help of Rachel Silveira, laid the foundation for a number of the achievements which we now enjoy. Phil picked up the work enthusiastically and he richly developed and expanded it, so that FBF is now uniquely important on the national and international stage as an interfaith exemplar. Under Phil’s tutelage, the organisation has thrived, and it has weathered many crises, not least the one presented by Covid 19. Our programmes now reach tens of thousands of people a year. They include teachers and students, artists and professionals, political leaders in Parliament and upcoming trail – blazers at universities.

Essentially 3FF began as a place for discussion and communication rather than action, but as the years rolled by it became clear that however valuable discussion and communicating was, action was the key to its mission. In 2004, 3FF started schools work to enable students to meet and learn about people of different faiths and beliefs. Again, this was limited to Abrahamic faiths. In 2007, we launched the ParliaMentors Programme was launched, and this has gone from strength to strength over the years. The year I became Chair of the Trustees, we began its arts, culture, and community work, with a view to engaging artists and young professionals in the work of building bridges between Abrahamic communities. Several art exhibitions took place, and we supported an intercultural choir. In 2011, we began an internship program, which allowed young people opportunities to do first-hand work in interfaith fields. In 2012, the training and consultancy aspect of the organisation started and over the years we have provided training to organisations all over the world. The legal group of 3FF was launched as a packed event at the Law Society in 2010 (we had at least a dozen top judges attend) and over the years there were a number of lectures and events, most notably when Mr Justice Rix, gave a phenomenally successful lecture (which was hugely popular) on the contribution of Jews to the English legal system over the centuries. I remember seminars on blasphemy and hate crime, where the presentations took place at an exceedingly learned and serious level. In 2015, Phil Champain became our director and this coincided with the first Interfaith Summit, which as you will know is an annual event organised by Alumni of the ParliaMentors.

From time to time, I organised together with 3FF staff what was called The Ambassadors’ Meeting, when with the kind permission of the Marshal of the Diplomatic Corp over fifty ambassadors would attend a lecture on interfaith topic organised by 3FF at Saint James Palace. Over the period when His Excellency Doctor Peter Ammon was Ambassador, we also ran events with the German Embassy in Belgravia which were significant and uplifting and at which the intercultural choir we supported often sang to great acclaim.

I was luckily able to recruit the Rt. Hon. Andy Burnham Mayor of Greater Manchester as one of our champions, and to foster our highly valuable connection with David Dangoor CBE DL, who has been my friend for sixty years.

There was though increasing pressure for us to widen the thrust of our work which was originally limited to Abrahamic Communities. This led to the renaming of the organisation as The Faith and Belief Forum and the change in its focus; we haven’t looked back. Also, over the time of my chairmanship, we changed the structure of the organisation from a simple charitable trust, which had major disadvantages, so that it became a charitable incorporated organisation – which has allowed us far more flexibility in the project we now undertake.

As chair, it has also been my immense pleasure to recruit an enormously strong body of trustees. Even though excellent trustees have needed to retire through the passage of time, splendid new trustees have come in, and I am looking forward to welcoming four further trustees in the near future.

We also expanded our international work, most particularly with a project in Sudan, which was masterminded by Josh Cass. I am hopeful that in the years to come more of this will be possible. For the first 12 years of my chairmanship, we supported and were involved in FBF Middle East, organised by Miriam Feldman Kaye, which ran a unique project in the Israeli healthcare sector, which Phil supervised. This received many plaudits internationally, as well as the great praise of the wife of the current Archbishop of Canterbury.

Over the years of my chairmanship, I have been lucky enough to be honoured twice: once in 2018 when I was made a Knight Commander of the Order of King Francis I, which is an Italian decoration. Secondly, in 2019 I was given the Cross of the Order of Merit of the Federal Republic of Germany (the German equivalent of a knighthood). Whilst these honours were given to me personally, it was in recognition of the work of FBF and of the Sternberg Charitable Foundation. So, I regard myself as merely a trustee of these honours – most particularly for the Faith and Belief Forum. They are a recognition of the fact that FBF is a unique and vital organisation, and its work is more necessary now than at any time since its founding in 1997.

Under the terms of the constitution of FBF it would have been perfectly open to me to remain as chair for the rest of my life, but that would have been extremely poor governance, and after 13 years, having reached the bar mitzvah of my stewardship, I feel that the time is now right to hand on the baton. We are extremely lucky that Professor Mike Hardy CMG OBE is to become the new chair of trustees.

My slight sadness in giving up the role of chair is balanced with the knowledge that the existing trustees, the current donors, the new chair, our director and of course our excellent staff, are continuing so successfully and so admirably in the work which my father, the late Sir Sigmund Sternberg, regarded as his most important endeavour. Also, the fact I am standing down as a trustee, will not prevent me from being involved and continuing to support the magnificent work which the organisation does, and which I am certain will continue and flourish in the years to come. 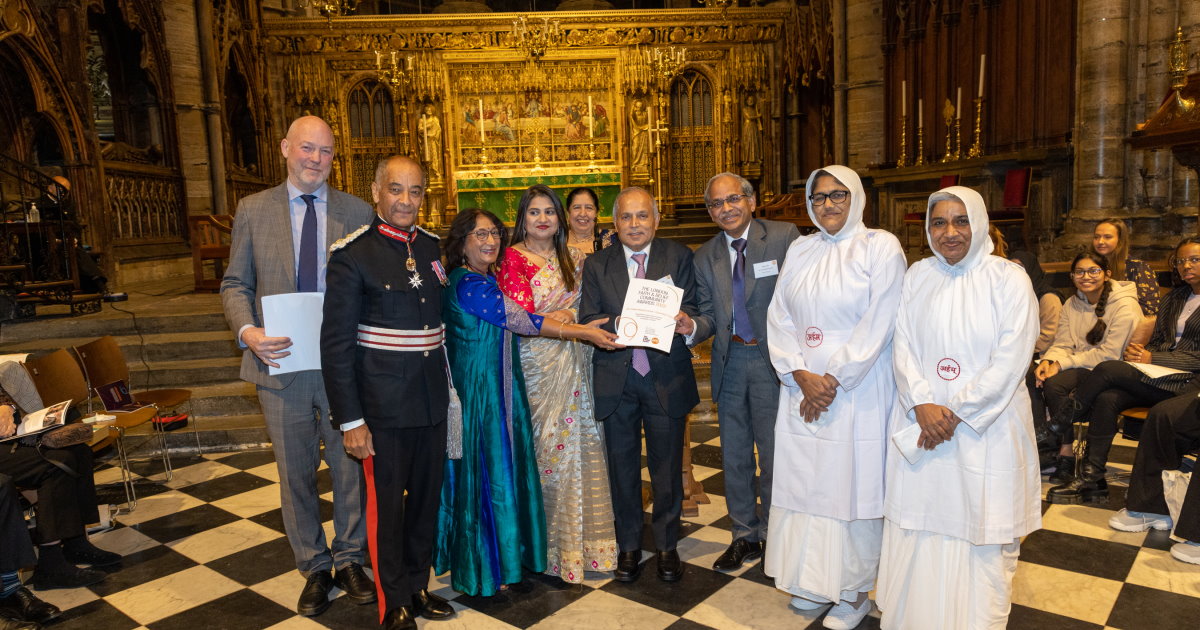 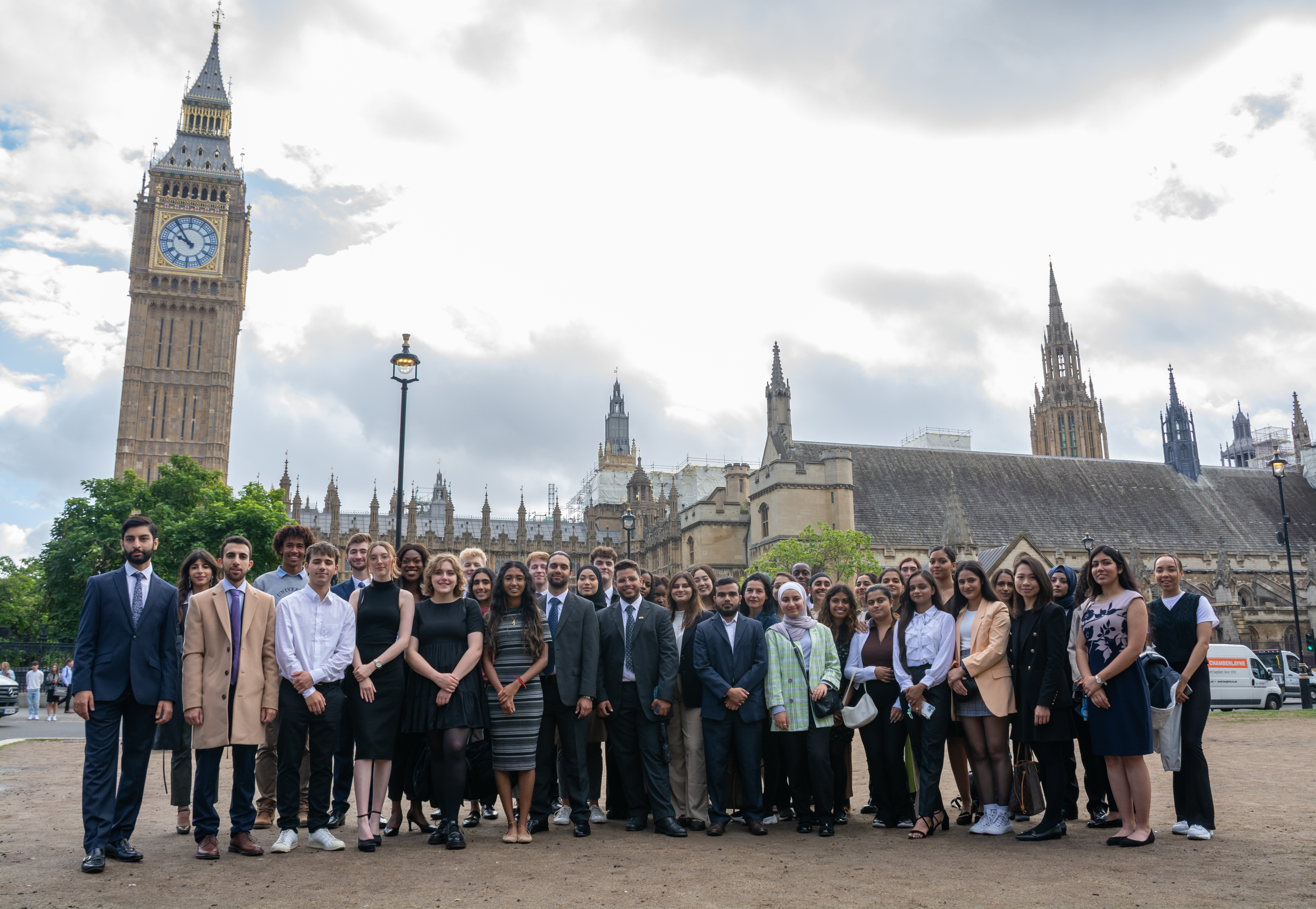